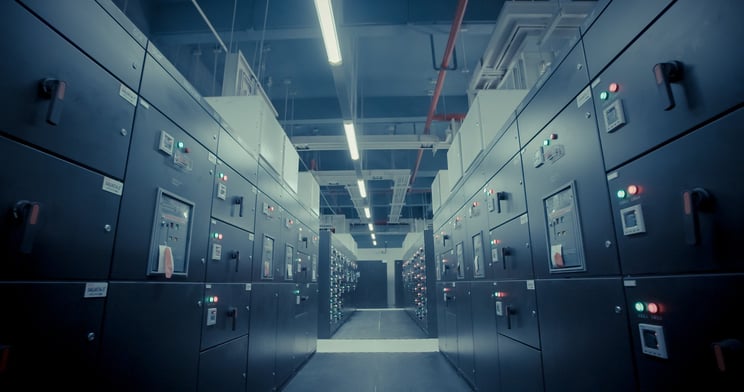 When we browse websites or store information in the cloud, we’re not just outsourcing computing power, we’re outsourcing the emissions needed to run the internet. Data centres pick up the slack. They consume more than 2% of electricity worldwide and collectively have the same emissions as the airline industry. With global data traffic doubling every four years, this is likely to increase - adding even more to the strain on the climate.

Whether you own a data centre or are a stakeholder in one, you can have a say at mitigating the environmental impact of this growing industry. We’re going to look at the effectiveness of using solar power for green data centres.

Why are solar panels good for data centres?

Data centres require a huge draw on energy to function, which entails not just a potentially large carbon footprint but a considerable electricity bill. Solar can cut both.

How much energy does a data centre use?

In total, UK data centres consume 2-3 TWh per year. A very large site might demand 30 GWh a year, but most need much less. On the financial side, energy makes up 25-60% of the operating costs of an average data centre.

So where does the demand come from? Let’s break down the energy usage in an average small/medium sized data centre (465m2):

How much solar PV would a data centre need?

To supply a data centre with the demand in the example above, we would recommend 4.5 MWp of solar PV. An estimated 80% of this generation would be used on site, covering 32% of the centre’s load. However, this would require about 30,000m2 - so you would need a sizable amount of land nearby to build a ground mount array.

For a commercial property, the expected payback on such a system is just 8 years with a lifetime saving of 48,000 tonnes of CO2. Over 25 years, the cost per kWh of energy generated by the solar panels is 4.2p compared to a current business grid rate of 13p.

If you were only able to use the roofspace of the data centre (465m2), you could fit a 55 kWp PV system on the roof. While this only generates 0.5% of the yearly demand if all solar power is used on site, you could save about £7,500 per annum and pay back the system in 7 years. 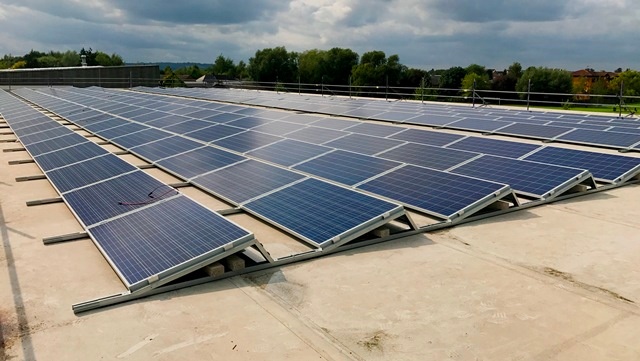 Aiming for a renewably powered web

Many internet giants have made public pledges to reduce or eliminate their environmental impact. Google is making strides decarbonise not just its overall data centre demand, but to match hourly usage with renewable generation.

Here’s an example from one of its data centres that illustrates how the hourly variation in solar output matches some demand periods, with excess power in the middle of the day:

This varies across the year too, depending on seasonal renewable generation:

It’s certainly a huge challenge to decarbonise the powerhouses of the internet (as well as rest of our energy supply...), but one to which tech leaders are committed.

If you’d like to learn more about powering your business with solar - the financials, process and benefits - download our free guide: