UK farms produce about 10% of the country’s greenhouse gas emissions (due to cows, fertilisers, heavy machinery... and the fact that 71% of the UK is farmland) and pressure is mounting to address this, if we’re to meet our climate change mitigation ambitions.

The sector is soon to be hit by the upcoming Agriculture Bill and Environment Bill, the thrusts of which are said to ‘make the polluter pay’. Farming subsidies will shift to those who produce an environmental benefit from their land and work to minimise emissions.

Retailers and consumers are demanding more sustainable food sources, adding to the pressure on farmers.

The National Farmers Union has committed to net zero emissions by 2040. It estimates that savings of 3 Mt CO2e per year could be made by the use of land-based renewables - this is about 7% of the industry’s current total greenhouse gas emissions. So let's look at how solar panels for farm buildings can help make agriculture greener.

On average, electricity accounts for 33% of energy used in agriculture. This breaks down into 15% for heating and 85% for ventilation, refrigeration, lighting and other appliances.

Electricity usage varies by what the farm produces, with some livestock much more energy intensive than others:

It’s also interesting to see how this compares to the total energy used in the farming process (e.g. including vehicles): 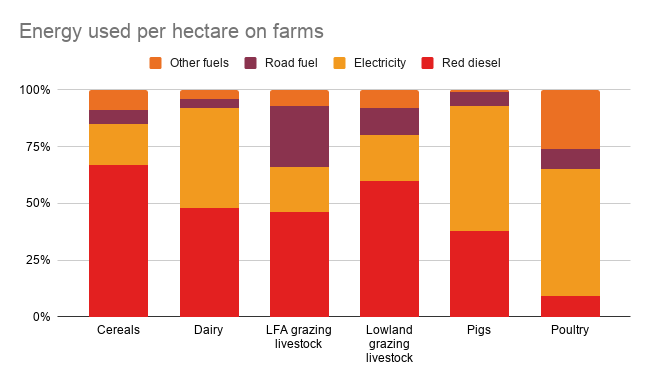 This implies the biggest opportunities for renewable generation are in poultry, pig and dairy farming. The high usage in these farms is due to dense livestocks in shelters that have a high demand for heating and ventilation, or for processing in the case of dairy.

Of course, this is the case now - but what about in the future? As the world decarbonises, all industries will likely shift towards heating and vehicles powered by renewable electricity, rather than fossil fuels. Electric tractors and other farming machinery are already starting to break through. This has the potential to shift much, if not all, of a farm’s energy use to electricity.

How to incorporate solar

These can be taken advantage of for solar arrays to supply the farm’s electricity demand.

Rooftop solar can be installed on barns, warehouses, outbuildings or farmhouses. The best roofs are south-facing, and ideally have the main incoming electricity supply and distribution board in the same building. Asbestos roofs are rarely worth installing on.

Ground mounted panels can be installed on any unshaded land of a suitable size. It’s also worth noting that ground mounted systems can be raised to a height that allows smaller animals (such as sheep) to graze underneath, or to support wildflowers, pollinators and local biodiversity.

You could even increase generation through a solar tracker, which orients itself to capture maximum sunlight throughout the day. Back in 2011, we installed one on a farm in Northamptonshire that has seen a 45% higher yield than an equivalent fixed system. 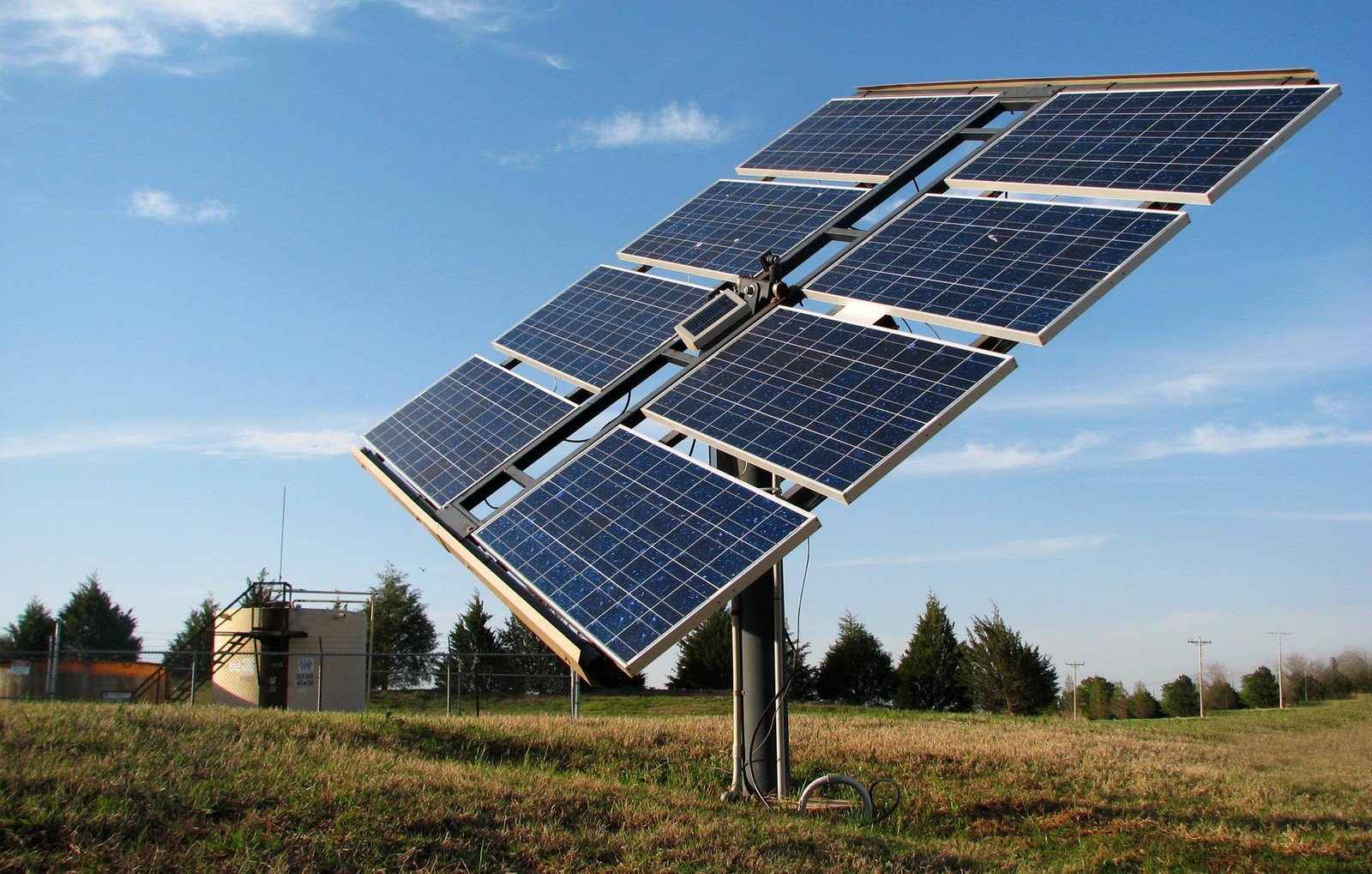 If you can, it’s worth investing your own money in solar PV so that you own the installation and all its accompanying benefits outright. But it is a sizeable upfront investment, so luckily there is another option:

Note that in 2014, the government cut subsidies for farmland used for solar panels in part due to aesthetic concerns… though since then, it has begun to prioritise the climate a little more.

Obviously, having solar panels on the buildings where you’re using the electricity like milking sheds and heated barns is ideal and non-disruptive.

When it comes to ground mounted panels, you need to consider how or if you will use the land beneath.

If you’re interested in learning more about installing solar panels on your farm, give us a call on 0118 951 4490 or download our free guide to commercial PV: