Are Solar Trackers Worth It? 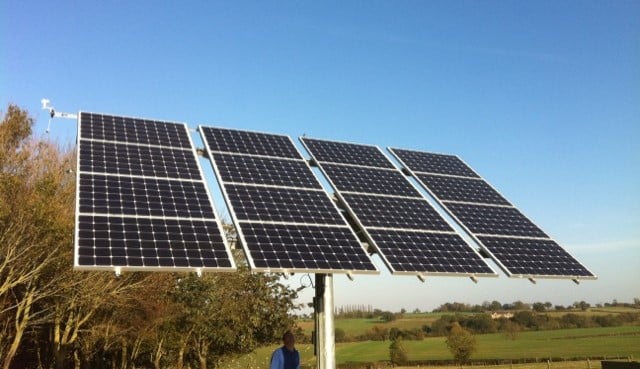 We’ve recently done some modelling of the performance of solar tracking systems, but this can only tell you so much. What about how one would perform in the real world? Luckily we can answer that by looking at a solar tracker that we installed a few years ago...

What are solar trackers?

Regular PV systems are fixed in place either on a rooftop or ground-based structure. But the optimal angle for generating electricity is when the sun is shining directly on the panels. A solar tracker is an extension to a ground mounted system that tilts the panels throughout the day, keeping them at this optimal angle. Trackers can either be single axis for daily tilting, or dual axis for seasonal tilting as well.

Let’s go back to the early days of Spirit… In October 2011, we installed a 3.92kWp solar array at a farm in Northamptonshire. The 16 Suntech panels were mounted onto a tracker frame, with an extra long mast to keep the panels out of the way of animals. The whole system was set into a concrete base for stability against the elements, with a significant run of buried cables. 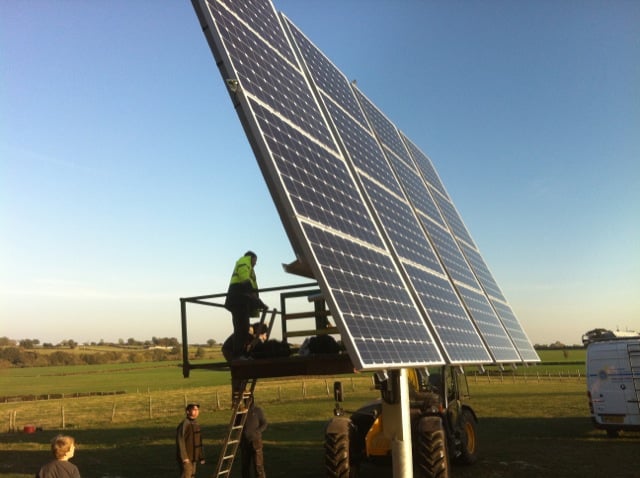 The system is controlled by a dual axis tracker for maximum output uplift, so it can adjust to the daily path of the sun as well as variations in its elevation throughout the year. It also comes with sensors to protect the system against high winds and snow.

When we installed the system, we estimated that it would generate 4,475 kWh per year. Now that we have many years of real data, we can see it’s actually producing around 5,266 kWh per year, 18% higher than expected.

For comparison, a south facing system at a 30 degree pitch is deemed to produce 3,423 kWh per year. So compared to this, the tracking system has a 45% higher yield!

Smartflower is a unique PV system. An all-in-one unit modelled on a sunflower, its solar petals follow the sun through the day, before closing up at night (and cleaning themselves in the process). It’s a pretty inspiring piece of design that would make a great sculptural addition to a business complex. The makers claim a 40% generation uplift from the tracker, and there are even versions with built in batteries or EV charging. Are solar trackers worth it?

There are obvious benefits to choosing a tracking system - namely, the allure of 45% more energy. But you have to weigh this up with a more complex (and expensive) system that can only be installed on the ground, will probably require planning permission, and needs regular maintenance for its mechanics.

The best way to decide if trackers are right for you is with a personal quote. Talk to our solar experts for more advice on 0118 951 4490 or hit the button below.