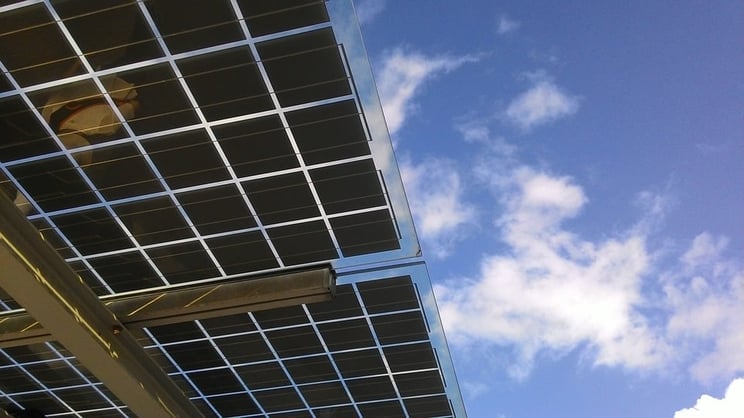 One of the most notable trends in the solar PV market in the last couple of years has been the growth in bifacial solar panels.

The 2019 International Technology Roadmap for Photovoltaics (ITRPV) predicts that bifacial cells will increase their share of the solar PV market from around 15% in 2019 to 60% in 2029.

So, time to sit up and take notice. What are bifacial PV modules, and why are they set to dominate the market over the next 10 years?

What are bifacial solar panels?

As the name suggests, bifacial are double sided solar panels which produce power from both faces. The cells are exposed on the front and back, with contacts and busbars on both sides capable of generating solar power. Depending on placement, this allows panels to increase their output by capturing sunlight reflected off the ground surface on the rear side of the panel. 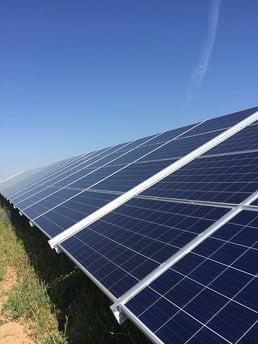 Traditional panels are monofacial - they only generate power from the sun on one side. The other side is an opaque backsheet. With bifacial modules, the reverse side may be a reflective backsheet or glass pane. Most of them use the more efficient monocrystalline cells, rather than polycrystalline. This dual glass construction can also provide a higher resistance to surface damage and corrosion.

Since the market is still developing, there are only a few companies offering these panels in the UK. Current manufacturers include Canadian Solar, JA Solar, LG, Suntech Power and Yingli Solar.

Some manufacturers claim output is increased by up to 25%-30% - though this is likely to be in a utility scale system with solar trackers. For example, the Trina Solar DUOMAX-Twin datasheet includes a table giving total power of the module assuming bifacial gains of 10%, 15% and 25%.

What is the albedo of a surface?

Albedo is a measure of the reflectivity of a surface. The word ‘albedo’ is derived from the Latin for ‘whiteness’. The albedo of the Earth determines how much of the Sun’s radiation is reflected back into space. The Earth albedo is apparently 0.3, a fact which is surprising given that 70% of the earth is covered in water and the albedo of water is only about 0.1. The albedo of ice is clearly much higher – around 0.7, and the albedo of grass is about 0.25.

Unfortunately as the climate warms, the ice melts, the albedo of the Earth is reduced, and thus less radiation is reflected back to space, and so the Earth warms more… one of the ‘negative’ feedback loops inherent within climate change modelling, leading to ‘runaway’ climate change.

We modelled the output of a 10kWp ground-mounted system, with normal (i.e. non bifacial) panels installed at 30 degrees to the horizontal, 0.5m above the ground.

The output varied with surface (and assumed albedo) as follows:

So, even with normal panels, by laying white pebbles all around your ground-mounted system, you can increase output by 3%. Floating your panels on water or installing by a lake doesn’t help that much (even though 10% of new solar is expected to be ‘floating’...).

We repeated the exercise using 315W bifacial panels assumed to be installed at 30 degrees to the horizontal facing south, using a ground-mounted system. This is the same system size as the example above.

The results were as follows: 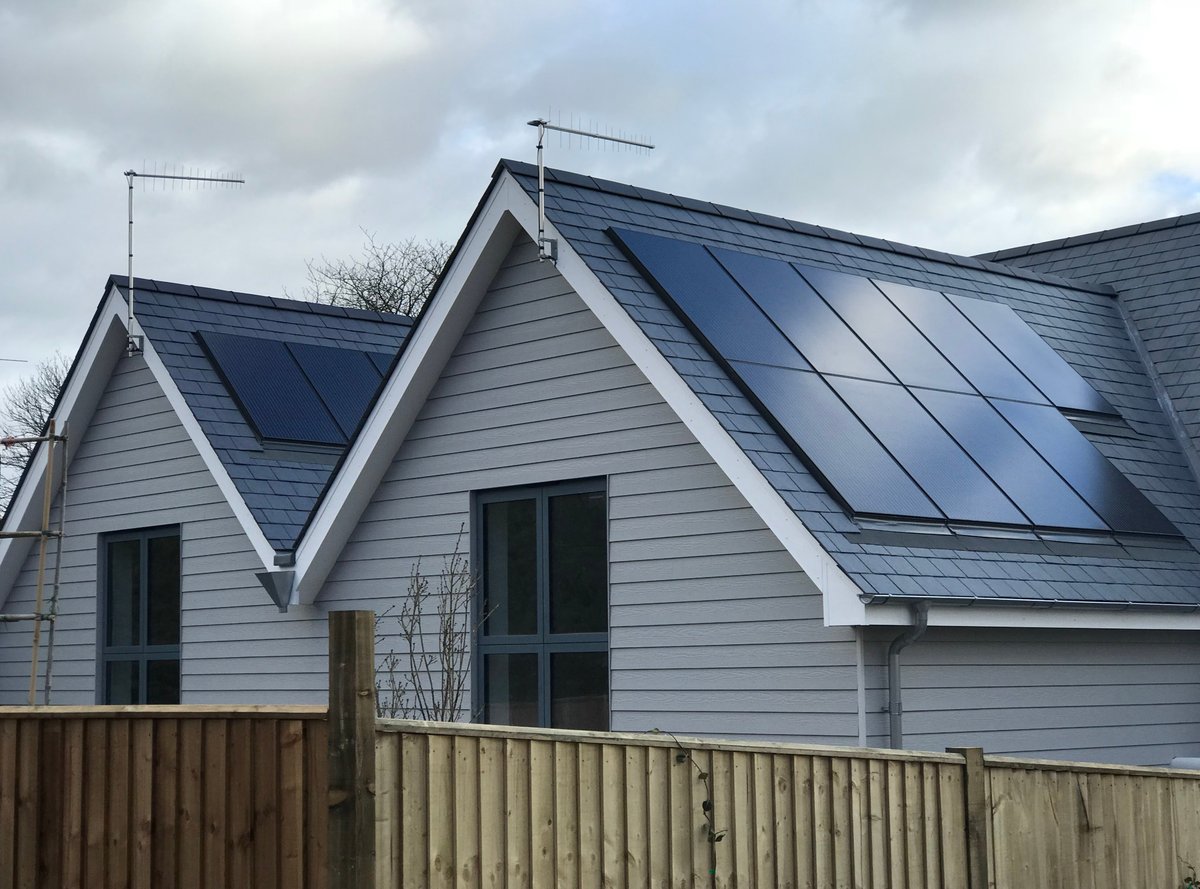 When installed parallel to the roof’s surface, the output of bifacial panels will pretty much match that of normal panels. This is because there is no back radiation as light doesn’t pass through the panels and there isn’t usually enough space around the frame or room underneath the frame for any material reflection of radiation onto the underside of the panels.

The albedo effect on flat roofs 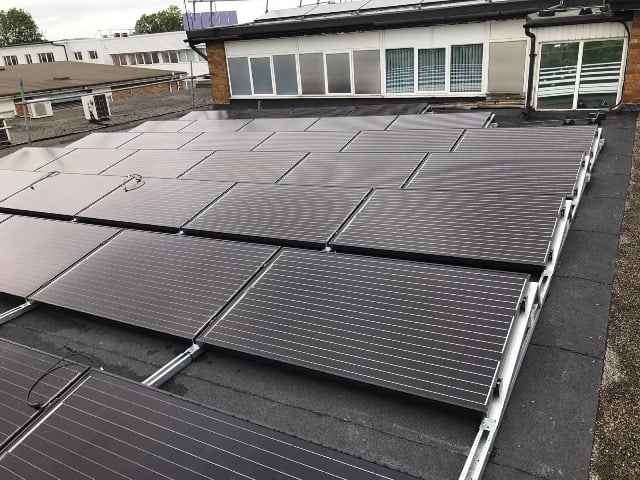 On flat roofs, there’s generally less space available than a ground-mount, so panels are installed at about 10 degrees rather than 30 (meaning less space needed between them for shading). Consequently, this results in less light reflected for bifacial panels.

We’ve compared performance to normal panels on black bitumen, as this would be the most common surface on flat roofs. As you can see, at most you can expect a 3% increase in output when using bifacial panels and white pebbles. And you would need to use a frame that allowed reflection under the panels; many flat roof panel frames are in fact ‘closed’ to reduce the impact of wind uplift.

How does the angle of a ground-mounted bifacial panel affect its output? We modeled 315W panels 0.5m from the ground, comparing normal and bifacial modules on different surfaces:

Most ground mounts are done at a 30 degree angle as compromise between output and the extra space required between rows as the angle increases (to allow for shading). Note that white pebbles result in an optimum angle 5 degrees steeper than normal, and bifacial is optimal at a further 5 degrees. Depending on space availability, you may have to find a compromise between tilt and row spacing.

How much more expensive are bifacial panels?

Bifacial panels cost around £28 more per kWp than normal panels of a similar cell efficiency. If the whole install cost is £1500 / kWp (as with a typical domestic installation), bifacial adds 2% to the cost.

If the whole install cost is £850 / kWp (as with a sizeable commercial installation), bifacial panels add 3% to the cost.

Are bifacial panels more efficient? As we’ve seen, bifacial panels perform no differently than normal for sloping roof installations - so they wouldn’t be worthwhile for the majority of residential homes, or commercial roof-mounted systems.

If you have the land for a ground-mounted array, however, you could get up to an additional 8% output for a 2-3% increase in cost (with white pebbles). If you don’t want to put white pebbles - or paint - around the array (which would obviously need to be kept white), you’ll still get a 4% uplift using bifacial panels within a ground-mounted system installed on grass.

On a flat roof, the most you could achieve is an extra 3% output for a matching 3% increase in cost, but in reality this is unlikely to be achieved given that most flat-roof systems use a ‘closed’ mounting frame to reduce wind uplift.