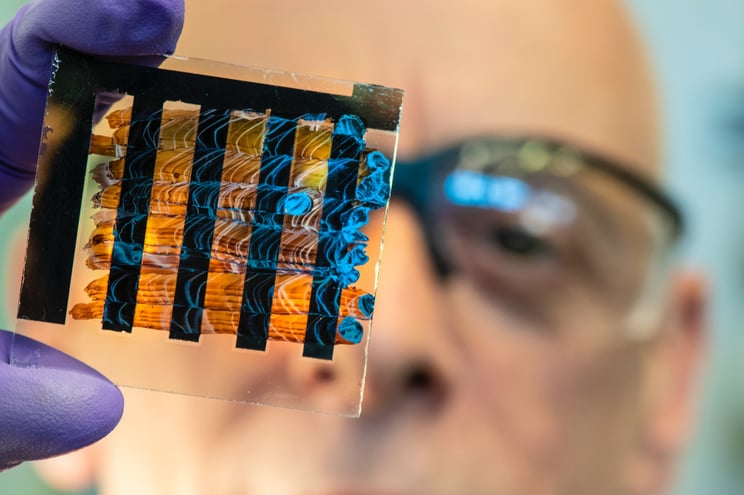 Technological breakthroughs are a mainstay of the solar industry. One area of development that’s received a lot of chatter over the years is perovskite solar cells - an alternative to the silicon that all conventional solar cells are made from.

So why are people excited about perovskite, and will it be the future of photovoltaics?

The term perovskite is used to describe materials with a crystalline structure similar to the perovskite mineral, calcium titanium oxide. They have a cubic or diamond structure and are abundant in the earth’s mantle. Perovskite can also be synthesised in a lab from common chemicals.

Like silicon, it can be used to convert sunlight into electricity. Perovskite cells could be used in flexible thin film modules, or backed with glass for conventional rigid modules. They can even be printed using an inkjet printer.

The main reason researchers are excited about perovskite is that it has the potential to exceed the maximum efficiency of silicon cells, while being produced simply and cheaply. Some scientists have even suggested that bifacial perovskite cells could be more environmentally friendly than traditional silicon ones because of the higher energy yield relative to manufacturing impact.

Current prototypes of perovskite cells use the heavy metal lead, which is a concern as this is an environmental toxin.

The biggest issue with the technology at the moment is stability - perovskite degrades quickly, especially when exposed to moisture. Perovskite cells have only lasted up to a year (compared to 25+ years for silicon). The structure of the material can shift as it warms up, which obviously isn’t very practical for a product that needs to be left out in the sun.

In 2018 Oxford PV scientists achieved a certified 28% efficiency for a perovskite-silicon tandem cell, beating the 26.7% record for single-junction silicon cells. By comparison, the record for a pure perovskite cell is only 21.6%. Oxford PV is aiming for 30%+ efficiency. In other words, this means a cell containing perovskite could break through the Shockley-Queisser limit.

In tandem cells, perovskite is layered on top of silicon, creating a cell that is more efficient than either material alone. Perovskite absorbs short wavelength blue-green light, while silicon absorbs longer wavelength red light. Together this makes Oxford PV’s cells 20% more efficient than top rated commercial products on the market. 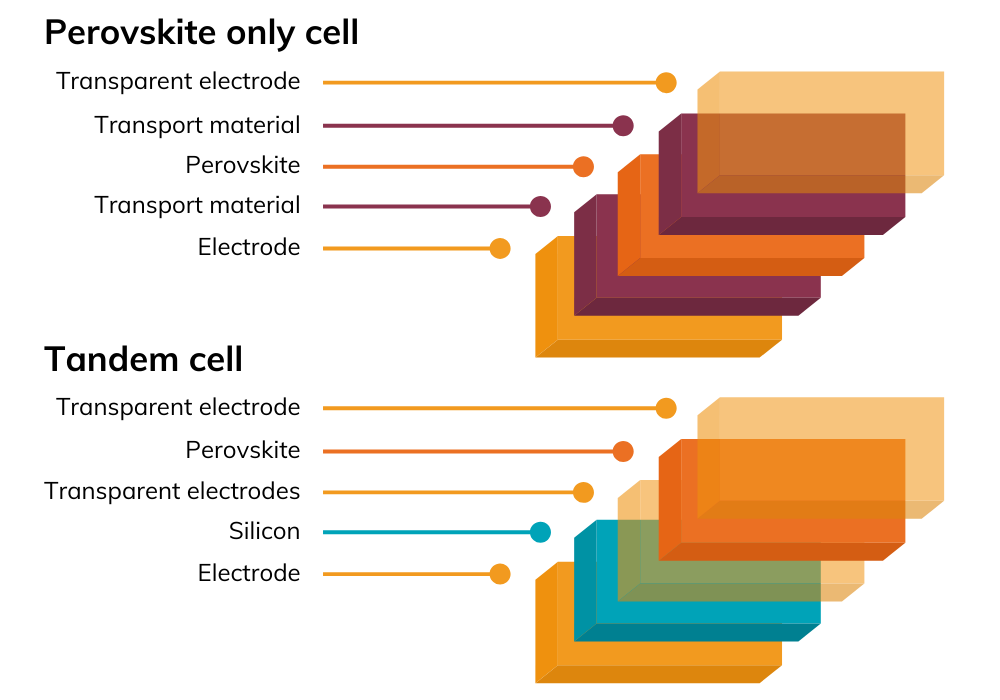 At this stage Oxford PV’s lab cells are only 1cm2, and the efficiency is likely to decrease with larger modules.

So are perovskites the future of solar?

While it’s always good news that researchers are exploring ways to refine or reinvent solar technology, it doesn’t look like perovskites will be commercially viable anytime soon - providing the degradation and toxicity issues can be solved.

But in the meantime silicon solar is still an exceptional technology, the scale up of which has led to prices falling by 50% over the past decade.

If you’d like to keep up with the latest developments in PV, make sure you subscribe to our newsletter: