Solar windows can be used to replace conventional construction materials such as glazing or cladding, whilst also generating electricity on site.

In multi-storey buildings where roof space is often limited, facades and windows usually offer the most potential for electricity generation, thus the development of solar glazing is set to play an important role in the growth of ‘urban micro-generation’.

As well as being aesthetically pleasing and visually innovative, solar glass can improve the return on investment from the building, the more so if the product used is MCS certified and thus able to qualify for the export tariff.

Transparency varies from 0% (fully opaque) to 50%, with a choice of colours / aesthetics on offer.

Solar glass can be used in many ‘BIPV’ (Building Integrated Photovoltaic) applications: 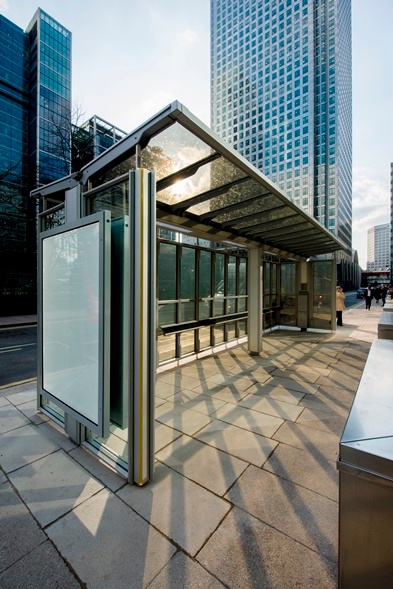 The obvious functionality is the ability to generate electricity, even from vertical and sloped facades, and other sub-optimal environments. The profile of electricity generation needs to be modelled for the given situation. It will depend primarily on latitude, orientation, temperature/ventilation and shading.

Solar glazing can achieve light transmission levels of between 0% and 50%. The product provides shading and glare control. Thin film modules may absorb UV wavelength, reducing bleaching and other degradation.

As most solar glazing is laminated, it tends to meet the structural and safety requirements of overhead glazing. Where additional strength is required, strengthened back glass or triple lamination can be used.

Solar facades and modules possess sound insulating properties thanks to their multi-layer structure. Sound insulation can be adjusted by increasing the thickness of the glazing and by using asynchronous cover layers or specific intermediate layers, such as polycarbonate.

The temperature of a photovoltaic module can increase significantly when the module is exposed to radiation. The heat that the modules then radiate into the environment can be harnessed to provide heating or can be utilised to enhance passive ventilation systems.

Depending on their thickness, the multilayer glass structures of PV modules can be used to provide thermal insulation. In addition, most solar modules can also be integrated into insulation double or triple glazing structures. U-values can be as low as 1.2W/m2K or 0.9W m2K (argon-filled).

Solar naturally reduces heat gain by a combination of shading and absorption, converting some photons to electricity. In addition, the conductive coatings on the glass in transparent thin film modules may reflect the infra-red light spectrum in a similar manner to the low emissivity glass used in conventional commercial office windows. This reduces thermal gain and reflects heat back within the building in winter.

Solar glazing is invariably visually exciting and innovative. Different colours and effects are available depending on the product chosen. 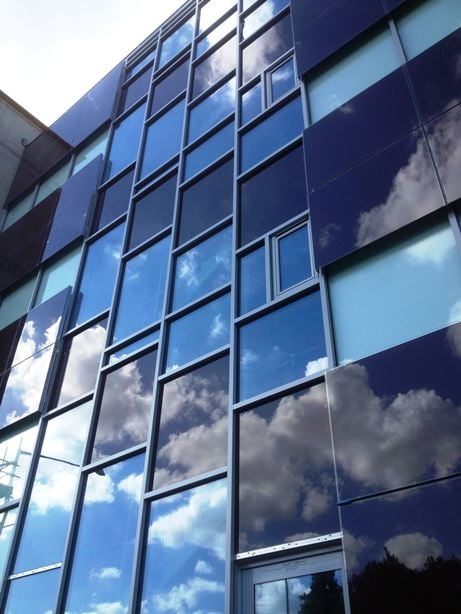 As with standard roof-mounted solar panels, there are two types of solar glass available, performing in line with their non-building integrated counterparts:

The STC efficiency of thin film technologies typically ranges from 6%-8% for amorphous silicon up to 13% for CIS modules. However ‘standard test conditions’ – radiation of 1000W per square metre at a temperature of 25°C – rarely apply in reality, and the STC efficiency does not necessarily reflect the yield, or energy output that can be derived from these modules over a year in a given location or position.

The performance differentiation in different light levels and temperatures should be considered with reference to the geographic location of the project, the local climate, the orientation of the panels on the building, and the application. PV panels on a vertical facade will receive lower light levels than those optimally angled on a roof. Equally those facing North will receive less direct light than those facing South.

The advantages of thin film are set out on our dedicated ‘thin film’ page (under Why Thin Film?).

If you have a project that you would like to discuss, email commercial@spiritenergy.co.uk or call 0118 951 4490.