The solar manufacturing industry is devoted to trends - from bifacial to PERC - always seeking ways to maximise energy generation. One technology that’s seen a meteoric rise in the last few years is half cell solar panels (or half cut solar cells), on track to become near ubiquitous across PV modules.

What are half cell solar panels?

A traditional solar panel is made up of a number of solar cells - usually 60 or 72. Aptly named, half cell panels are made up of cells that have been cut in half (120 or 144 half cells). The cut cells can be polycrystalline but are usually monocrystalline PERC for greatest results. Rows of half cells are connected in series and then two of these sections are connected in parallel to make a module with overall voltage the same as a regular panel.

The end result: greater power output. But how?

Benefits of half cut cells

While the improvements may seem minor, they can make a significant difference over time, especially on small or shady roofs.

The development of half cell solar

Half cut cell technology was pioneered by REC back in 2014 and since then the company has been so impressed with the results that it’s transitioning all its models over to the technology. Many other manufacturers like Trina, Longi and Jinko are following suit.

REC makes its half cell panels from PERC cells to incorporate the high efficiency of that technology along with a split junction box (so each half module can function on its own) and five busbars (to reduce the distance electrons have to travel).

The future of PV?

The most recent International Technology Roadmap for Photovoltaic included a prediction for the uptake of half cells will eliminate full cell modules from the market after 2023, and we may even see the emergence of third cell modules. 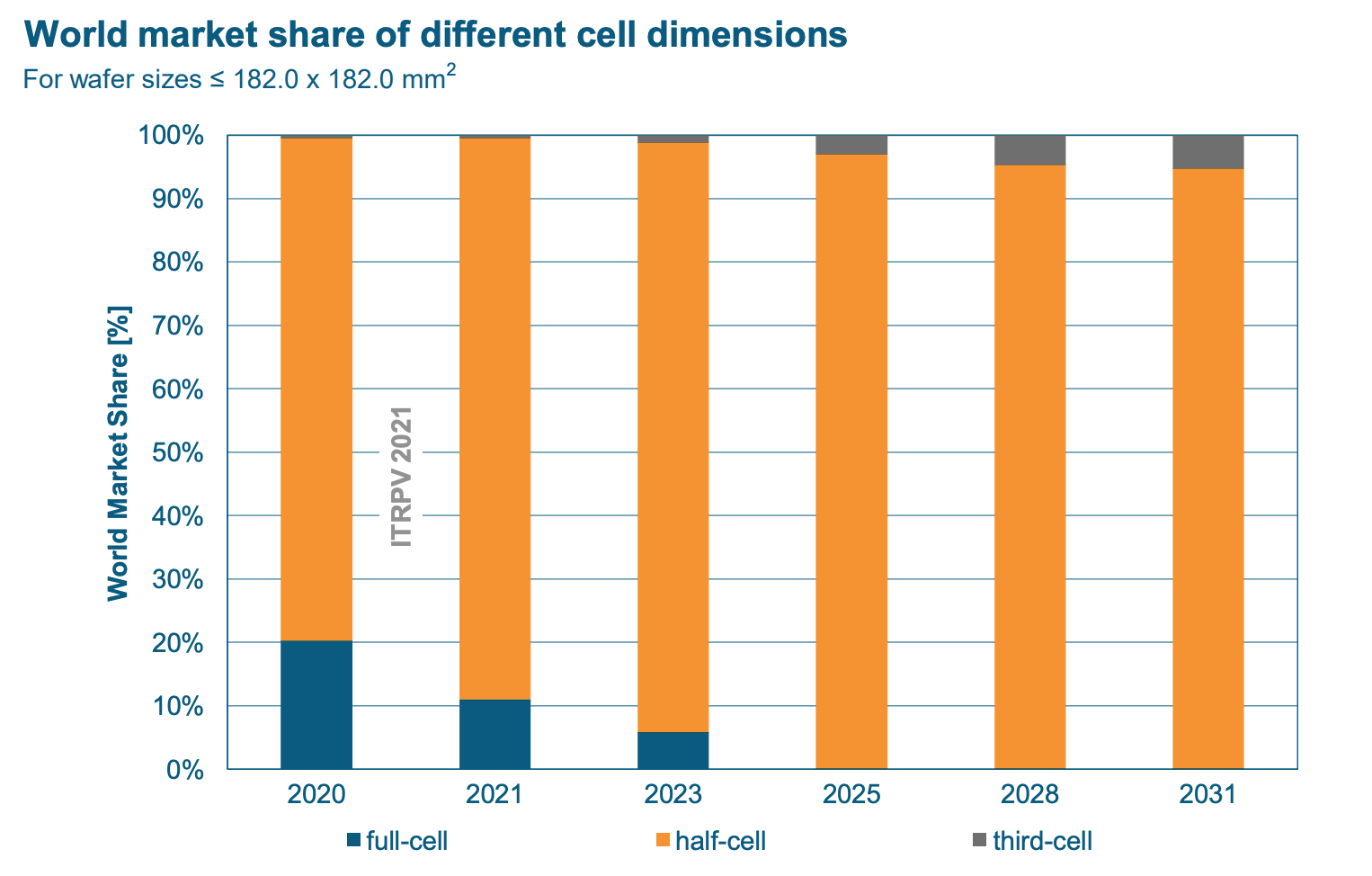 If you’d like to keep up to date with the latest developments in solar PV, make sure you subscribe to our blog or download our latest quarterly contractor update: