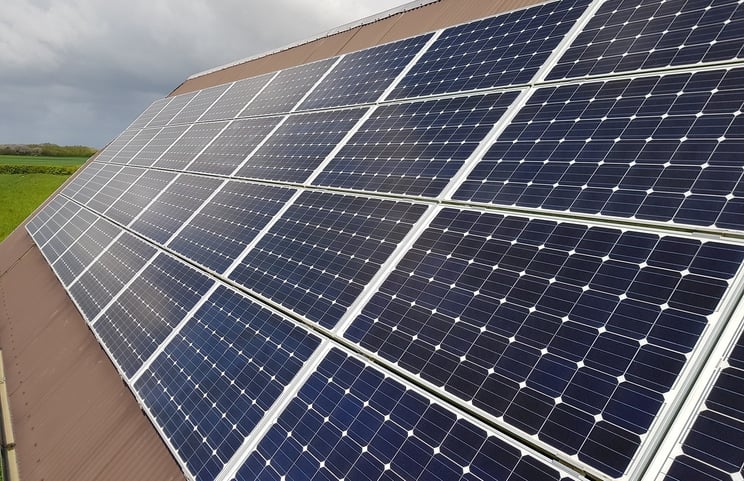 Solar panel orientation is a key determining factor in the output of a solar PV system, as it dictates how much sunshine the panels will see over the course of the day. The more sunshine they see the higher the output. In the UK the optimum orientation for a high generation is to face the panels due south. However; what happens if the panels face off south or even directly east or west?

Why is south the best?

The sun rises in the east, travels across the southern sky, sets in the west, and is at its highest point around noon. This means that if the panels are orientated due south, they will receive a large amount of sunlight (or irradiation) throughout the day and will reach peak generation at approximately midday. The typical daily generation profile of a south facing PV array follows a uniform bell shaped curve with a large peak in the middle of the day. An example daily generation profile can be seen below. For a standard 4kWp system facing south, it is expected that the system will generate approximately 4,060kWh per year. Assuming usage of 5,000kWh/year and a standard domestic load profile, this is enough energy to cover about 35% of a domestic home’s load without even considering battery storage. 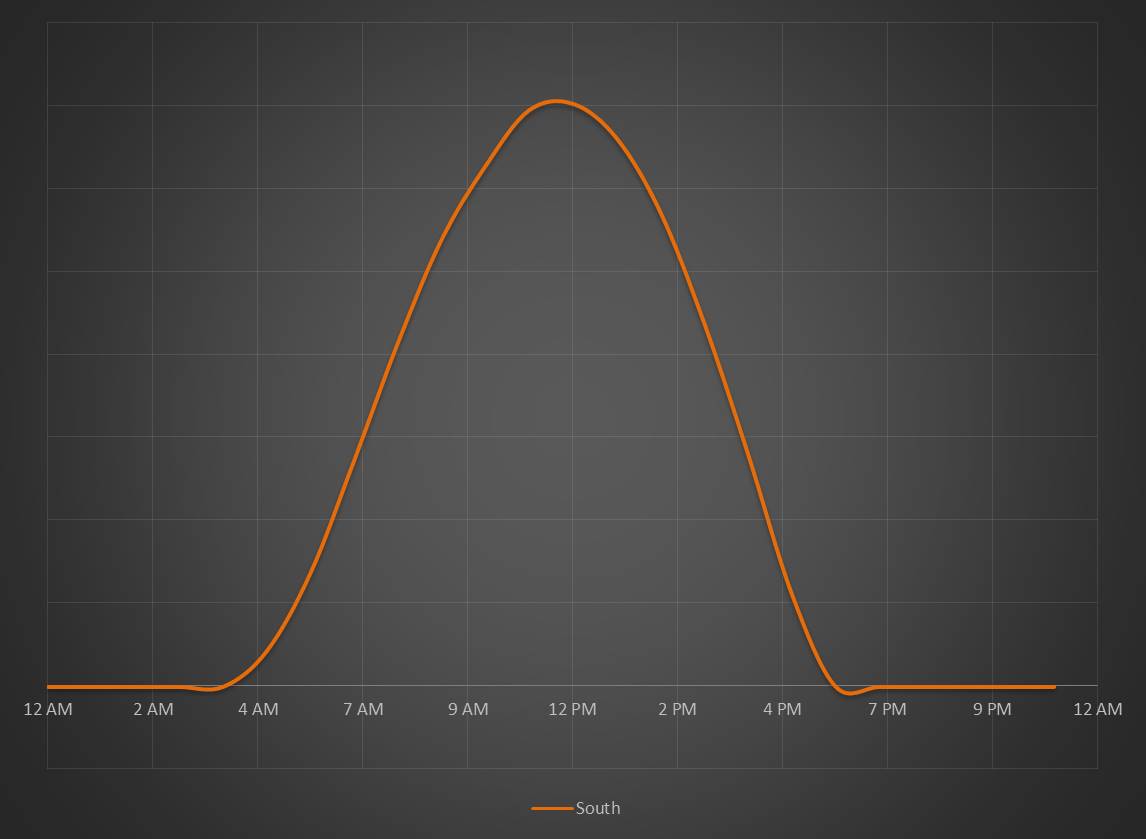 However, if you aren’t lucky enough to have a suitable south facing roof, installation on roof faces just off south, or even east or west, can still provide a large amount of generation to offset the homeowner’s annual electricity usage. The only orientation which isn’t suitable or recommended to install on is a north facing roof.

Installing solar panels orientated directly east or west will typically only have a drop off in generation of about 25% compared to that of a south facing array. However, there is an argument to say that installing a system with an east and west split (e.g. 2kWp facing east and 2kWp facing west) can potentially have benefits over a system orientated due south.

As the sun rises in the east, moves across the sky, and sets in the west, it means that over the course of the day each panel orientation will have slightly different generations, giving birth to different daily generation profiles. East facing panels will be the first to start generating electricity, but equally the first orientation to stop. Unsurprisingly, west facing panels are the opposite and are the last to start and stop generating electricity in a day. Therefore, if you were to install a solar PV array split across both east and west facing roofs, the system would start generating electricity earlier in the day and stop generating electricity later in the day. This gives the advantage of having a wider power production window compared to a system orientated due south. The disadvantage, however, of having an east and west split is that the daily peak and annual generation are lower. The daily generation profile still follows a bell-shaped curve, similar to that of the south facing system, except that it adopts a flatter and wider shape. 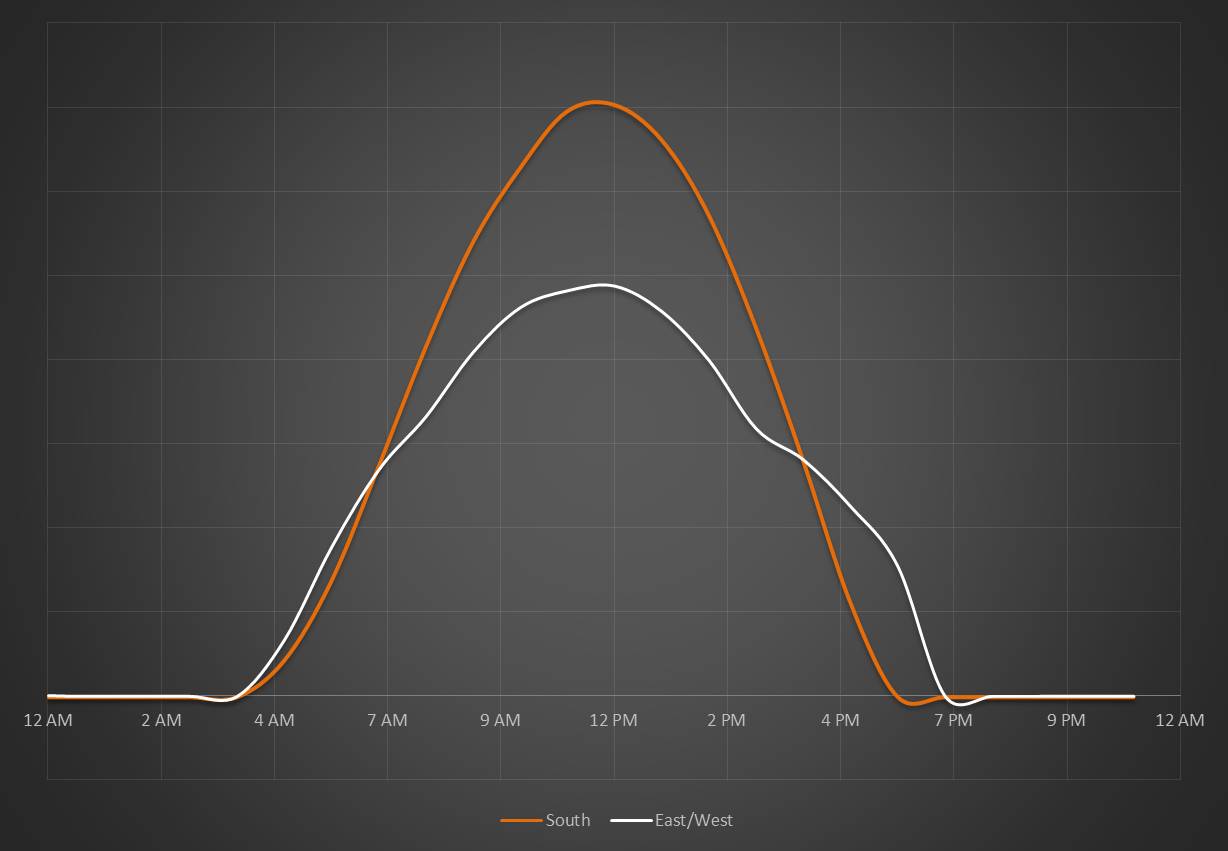 The standard domestic home will typically have a load profile containing a base load and two peaks; one in the morning and a larger peak in the evening when everyone returns home after work. Therefore, the ideal situation would be for the solar generation to match this. However, it is impossible to control when the sun shines, so the best thing to do is to try and maximise generation and the percentage of the daily load covered by solar generation. The table below shows the annual generation, onsite usage, and percentage of load supplied by solar for a domestic home with a standard load profile and usage of 5,000kWh/year.

As expected, the south facing system has the highest annual output and the highest percentage of load supplied by PV. However, what is slightly surprising is that it only marginally outperforms the split east west system despite generating over 800kWh/year more. This can be attributed to the wider power production window and the east and west split system still generating electricity during the evening, when the usage is at its highest.

It is shown that panels orientated due south will generate the most electricity and cover the highest percentage of the daily load. However; if a south facing roof isn’t an option and the decision is between installing either on an east or west facing roof, a factor which ought to be considered is the daily usage profile. In the UK, panels orientated west will generate more energy, but only by approximately 10%. The main difference therefore is the points in the day when these different orientations generate electricity. 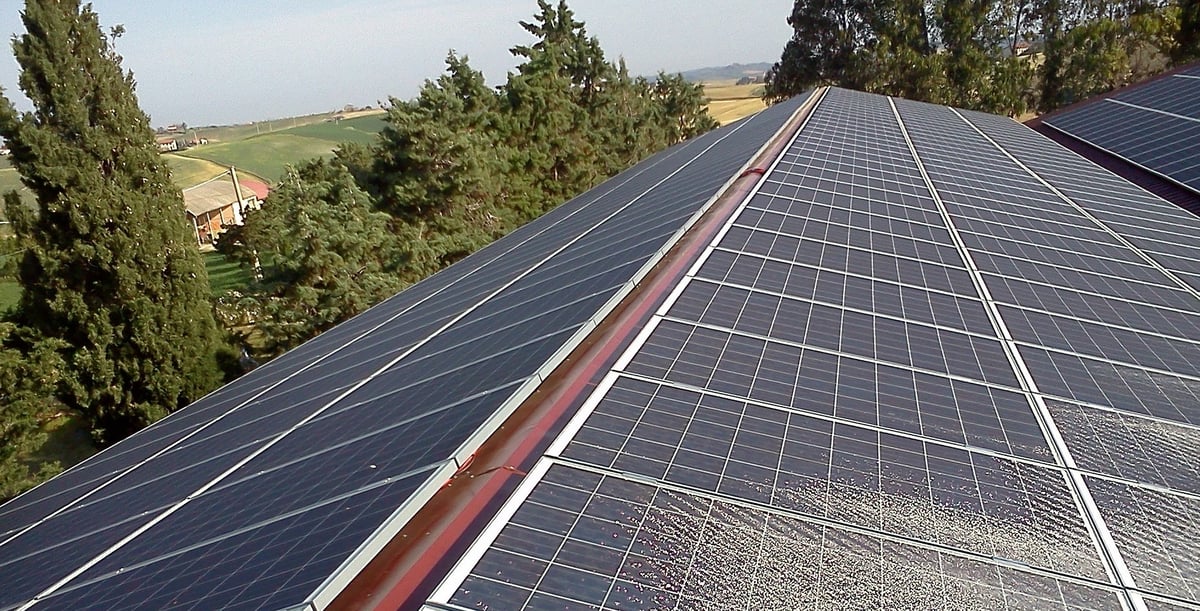 One further thing to consider is that if the daily load profile is abnormal and has significantly larger peaks in the morning and evening and a lower base load then in fact an east and west split system may outperform a system orientated due south in terms of percentage of load covered, despite the lower annual generation.

The best orientation for solar panels in the UK in terms of annual energy generation for a PV system is due south. However, there are more things to consider than purely the total generation, and the daily load profile should be taken into consideration when trying to maximise the benefits of a solar PV system. Typically, a south facing system will yield the greatest benefits across the board... but equally an east and/or west facing system can provide high generation and make a substantial difference in offsetting the necessary grid import.

For more information on solar panel mounting, speak to our technical experts on 0118 951 4490 or download our free solar guide: