Best Angle for Solar Panels in the UK and Beyond 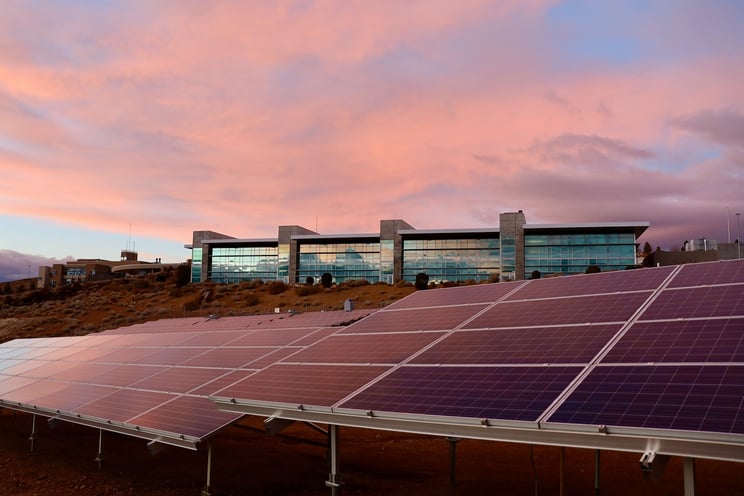 The best direction for a roof with solar panels is dead south. Except if you're in the Southern Hemisphere when you want it to be facing north - which is why solar panels are like bath water spiralling down the plug hole.

Which is the best angle for solar panels?

The optimum roof angle of photovoltaic panels in the UK is 35-40 degrees. The exact angle depends on the latitude, which is why the best roof angle will be different in other parts of the world.

For various reasons we have recently been looking at the performance of solar panels in Africa, Mexico and Spain.

If like me, you are curious as to the performance of solar and the best orientation for solar panels in other parts of the world, here’s what we found.

Unsurprisingly, in these locations, solar radiation is pretty reliable too, although you can get periods of low generation so a diesel generator may still be required if you are off-grid and want 100% reliability. Here’s the daily expected output for Mexico City:

Of course, if your roof isn’t optimally oriented, it’s helpful to understand how much output your system will lose relative to optimum. In the UK, the output varies as you vary the orientation and the slope as follows. South-facing, 30-40 degree slope gives the maximum (100%), all other outputs are given as percentages relative to this:

Even facing the panels south east instead of south loses 5% of annual output. Facing them east at an angle of 30-40° loses around 20% relative to facing them south.

And sticking them on a vertical south-facing wall reduces the output by 30% relative to a 30-40 degree slope.

This cuts the output relative to the optimal 30-40 degree slope by around 10%. (But you'll see from the table above that it is still higher than putting the panels on a south-facing wall!)

Many flat roof systems are actually ‘east-west’. They are more efficient in terms of space, they reduce the ballast requirement, and they produce a better daily ‘spread’ of output. This can outweigh the fact that they output slightly less energy overall than a south-facing flat roof system.

If you need optimisation and/or a quote for one of your projects, please get in touch. Just call us on 0118 951 4490, email us on info@spiritenergy.co.uk, or fill in our online form: