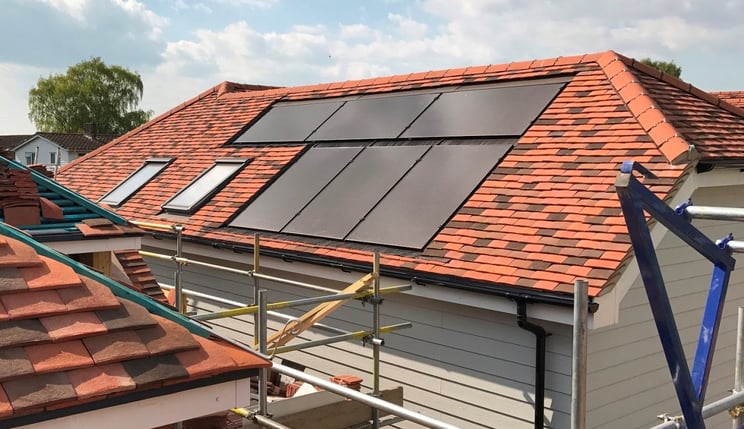 Speaking purely from a financial point of view, the answer is a resounding yes. Of course beyond the financial, there are many other environmental benefits to be gained from installing solar PV, adding residential battery storage, driving an electric vehicle etc. Not least because they all contribute directly or indirectly to tackling air pollution and the climate crisis.

The economics of solar in 2022

A typical 4 kWp solar system (10-13 panels) now costs around £6,500, with the new 0% VAT rating. There will be some maintenance costs over the life (a recommended clean and service every 3-5 years), and a probable inverter replacement required, total cost around £2,050 in today's money. So the true all-in cost of the system is around £8,550.

On average a system will generate around 3,500 kWh a year, allowing for a modest degradation over time. In its 25 year life, it is expected to generate about 88,000 kWh of electricity.

The unsubsidised cost of solar

Obviously to get maximum benefit from electricity that costs only 10p per kWh, you need to be using as much of it as possible on site, displacing imported electricity - the average cost of which is 19p/kWh.

If you don’t use the solar electricity (or store it), it won’t be worth as much to you - it will only be worth the export tariff, around 5.5p per kWh.

So with a time-of-use tariff, you will gain around 21p per kWh by displacing expensive daytime electricity, and lose around 4.5p per kWh on anything you export. Without a battery, as long as you use at least 50% on site you are going to be ‘quids in’.

The lifetime cost of grid electricity

With a battery and a time-of-use tariff, you will easily use 70-80% on site, and open up the potential to top up your battery (and your car) with cheap overnight electricity, while avoiding altogether the high daytime tariff inherent in a time-of-use tariff.

The stored electricity will cost you a bit more than 10p per kWh (more like 20p per kWh all-in), because of the cost of storage, but you will minimise export, still benefit from the cheap overnight rate of the time-of-use tariff to charge your car and top up your battery, and, with Powerwall 2 for example, you have the added bonus that your lights will still be on in a power cut.

As long as you use at least 50% of your power on site, then, with a judicious choice of import tariff, solar will make sense. The more you use on site, the greater the savings. Using everything on site gives a cost well below the average home's grid electricity rate of around 19p per kWh, and even further below the expected lifetime rate of 36p per kWh.

What's more, the cost of grid electricity is rising. In absolute terms, it’s creeping up by around 4.9% each year...

On a financial return basis, the internal rate of return (IRR%) from an investment in a solar system is typically 9% over the life, non-taxable and linked to inflation. How many other investments yield 9%, dependent only on the sun continuing to shine?