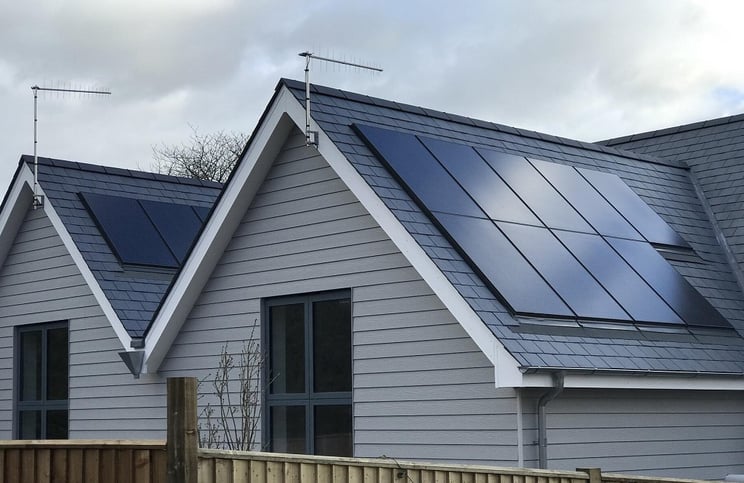 ‘I would get solar panels, but they’re just so ugly’ is an oft-heard refrain, from those who presumably prefer the polluting aesthetics of gas and coal plants. But they have a point. The traditional solar panels aren’t that pretty (though, we’d argue, no less so than TV aerials, satellite dishes and other rooftop paraphernalia).

The good news is that the days of glittering blue PV are in the past. We now only install black solar panels, which not only look a lot sleeker and more uniform, but generate more electricity. It’s win-win!

Why are solar panels blue (or not)?

The classic solar panels that were most commonly installed on rooftops are a shimmering blue colour. This is because they are made from polycrystalline silicon - lots of crystals melted together. 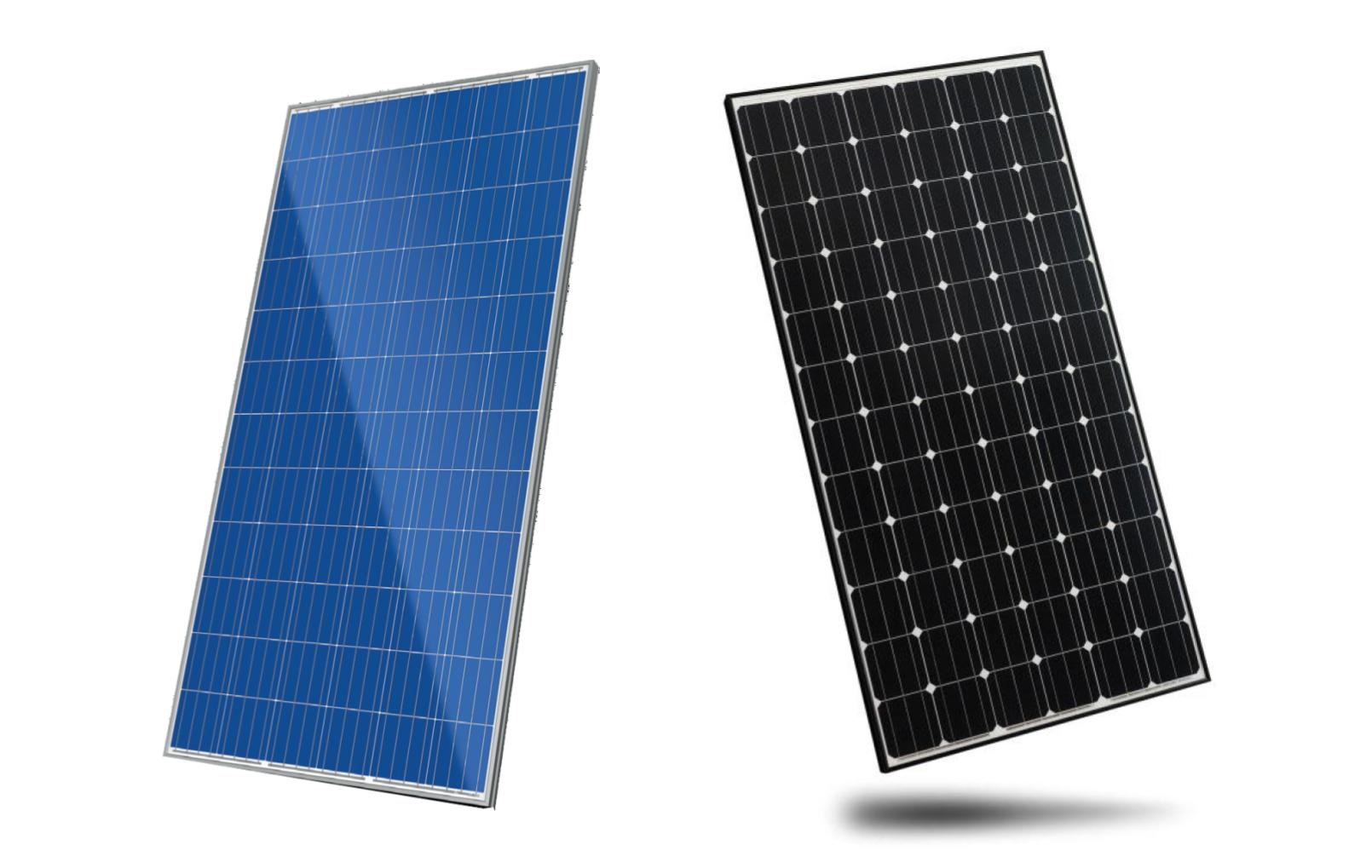 But in recent years, you may have noticed more black solar panels - these are monocrystalline, and are the default for most installations nowadays. Formed from single silicon crystals, they have a greater efficiency and (in many people’s opinion) a more attractive appearance.

What are the advantages of black solar panels?

One of the biggest concerns homeowners have before getting solar is how it will look - and if it will devalue their home or kerb appeal. Aesthetics are important. And the solar industry has risen to the challenge, with innovations such as in-roof panels, complete PV roofs and solar tiles. Whether installed in- or on-roof, black panels are generally less conspicuous and blend in well with modern or slate roofs.

Monocrystalline panels - which is what makes the cells black - are also more efficient at converting light into electricity. The high purity silicon used creates an even colouring and means the silicon molecules are more perfectly aligned - resulting in a better conversion of light to electricity.

Learn more in our guide to solar panel efficiency.

What are the disadvantages of black solar panels?

Solar panels are more efficient at lower temperatures, so it’s important to design the system to keep them cool. To make the panels completely black, a dark frame and backing sheet is used instead of the usual silver frame and white back. Black absorbs more heat, warming the panels and making them slightly less efficient than they might otherwise be. This reduction in efficiency, however, is far outweighed by the fact that black panels use higher efficiency monocrystalline cells and thus the underlying technology is optimal in efficiency terms.

There are a few ways manufacturers make panels appear darker or closer to all black.

The most simple way to make panels a touch less conspicuous is with black frame, rather than a glinting silver. The backing, however, is still white and visible between the cells.

Swap the white backing out for a black one, and you get a panel that appears almost completely dark from a distance. Up close, you can see the busbar wires over the cells - but you’ll be unlikely to notice that from ground level. The black backing will heat up the panel and lower output by around 3%.

No wires on surface

This is where PV really gets a design upgrade. SunPower has patented a technology that takes the wires that normally grid the surface of the panel and replaces them with back contacts hidden underneath. The result: smooth black cells, made more efficient by lack of shading caused by surface wires. 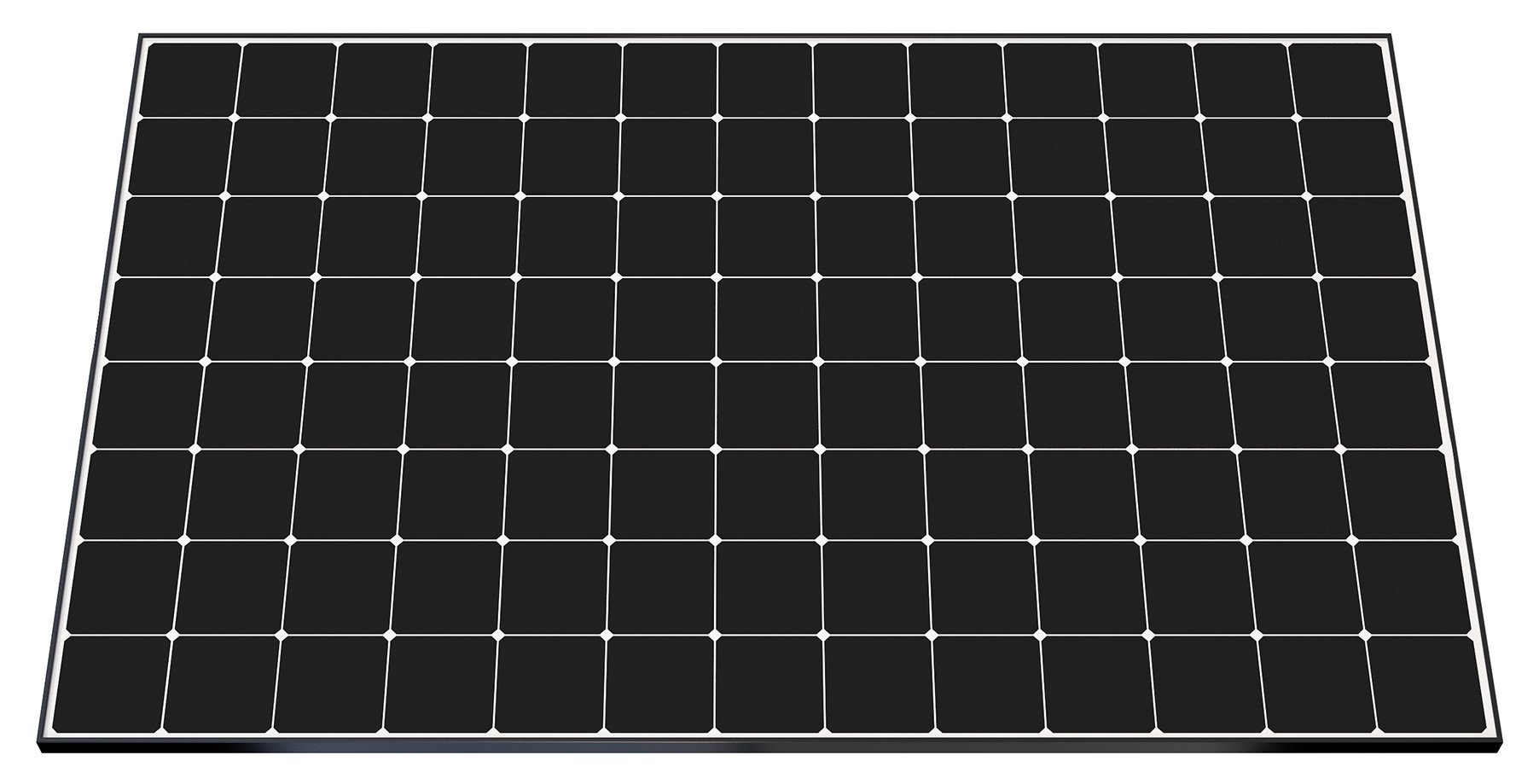 If you want true black panels, SunPower have created a version of their modules with dark backing. The all-black cells blend in, resulting in a sleek, designer panel. 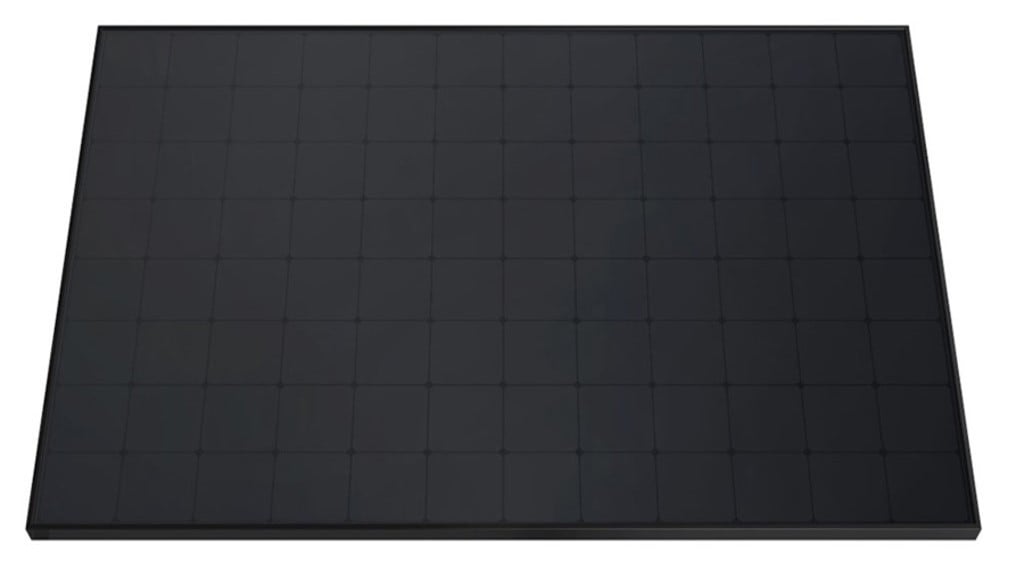 To make rooftop panels even less conspicuous, they can be integrated among the tiles. Any of the options above can be installed for a flush finish - particularly effective on dark slate or concrete tile roofs. Integrating solar in this way is only really suitable for new builds or roofs undergoing renovation, however. Due to the reduced ventilation, performance can be around 5% lower than on-roof panels too. 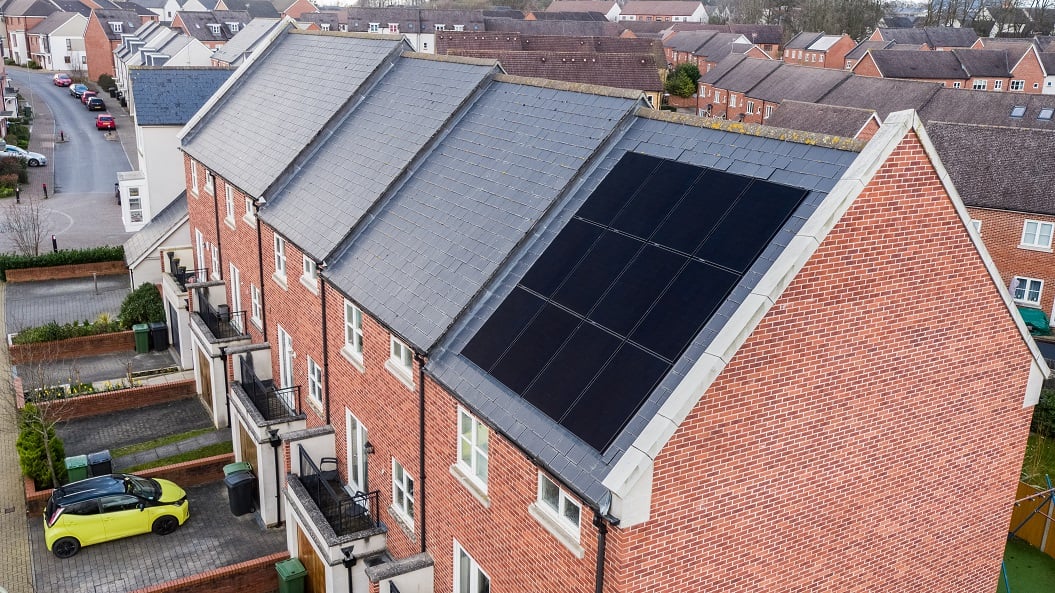 Aesthetics can be optimised by using black flashings around a roof made entirely of black solar panels, as you can see in this project we worked on:

In 2017, monocrystalline PV (the black panels) made up about 25% of the silicon solar market. By 2020, this had risen to about 85%, all but squeezing out blue polycrystalline panels. 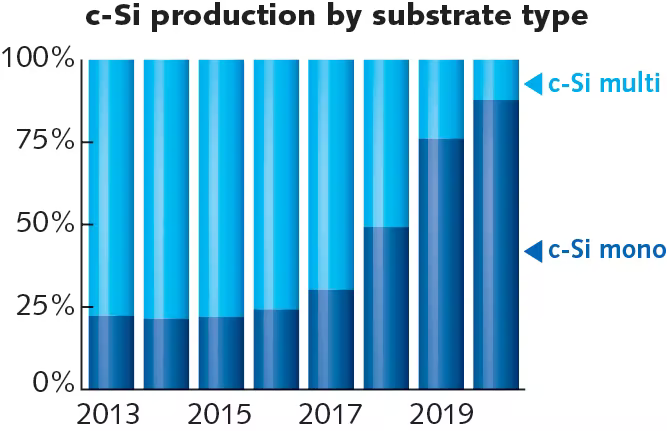 This rapid shift isn’t uncommon in the solar industry. As one technology advances performance, it can swiftly be adopted by manufacturers and become mainstream. Black monocrystalline panels have proven far more appealing to buyers because of the superior aesthetics and output, especially as prices have fallen and availability has become more widespread.

As solar panels last for many, many years, you will still see the older blue polycrystalline panels around for a long time, but they will be increasingly outnumbered by their more attractive black counterparts.

To find out more about using black solar panels on your building, please get in touch today.