We are often asked about installing solar panels on residential flat roofs. Sadly, most of the time it’s not practical - at least for retrofits. For extensions, new builds and commercial flat roofs, solar PV is still worth considering.

Let’s delve into the reasons behind this.

There are a few common issues with retrofitting solar to domestic flat roofs:

As a rough comparison, domestic flat roof PV is around 25% more expensive than that on sloping roofs (you'd be looking at £10k minimum).

Customers often ask if it’s possible to install solar panels on flat roofed dormers. The main problem with this is that dormers aren’t structurally strong enough to support the weight of the ballasting we usually use on flat roofs. So the PV mounting will need to be fixed through roof penetration. Given the need to maintain watertightness, this is more complex and over 50% more expensive.

While we generally wouldn’t recommend installing solar PV on existing residential flat roofs, the exception is with new build properties and extensions (as pictured above). In this case, the new roof can be designed to ensure it’s strong enough to withstand the weight of the system and it can be installed during the build, saving on install costs.

It’s also more viable to install roof-penetrating mounting in a new build, as the roofer can fit and seal integrated fixing posts at the build stage. We can then install a flat solar array, avoiding shade spacing between panels to maximise the number of panels on the available roof space. 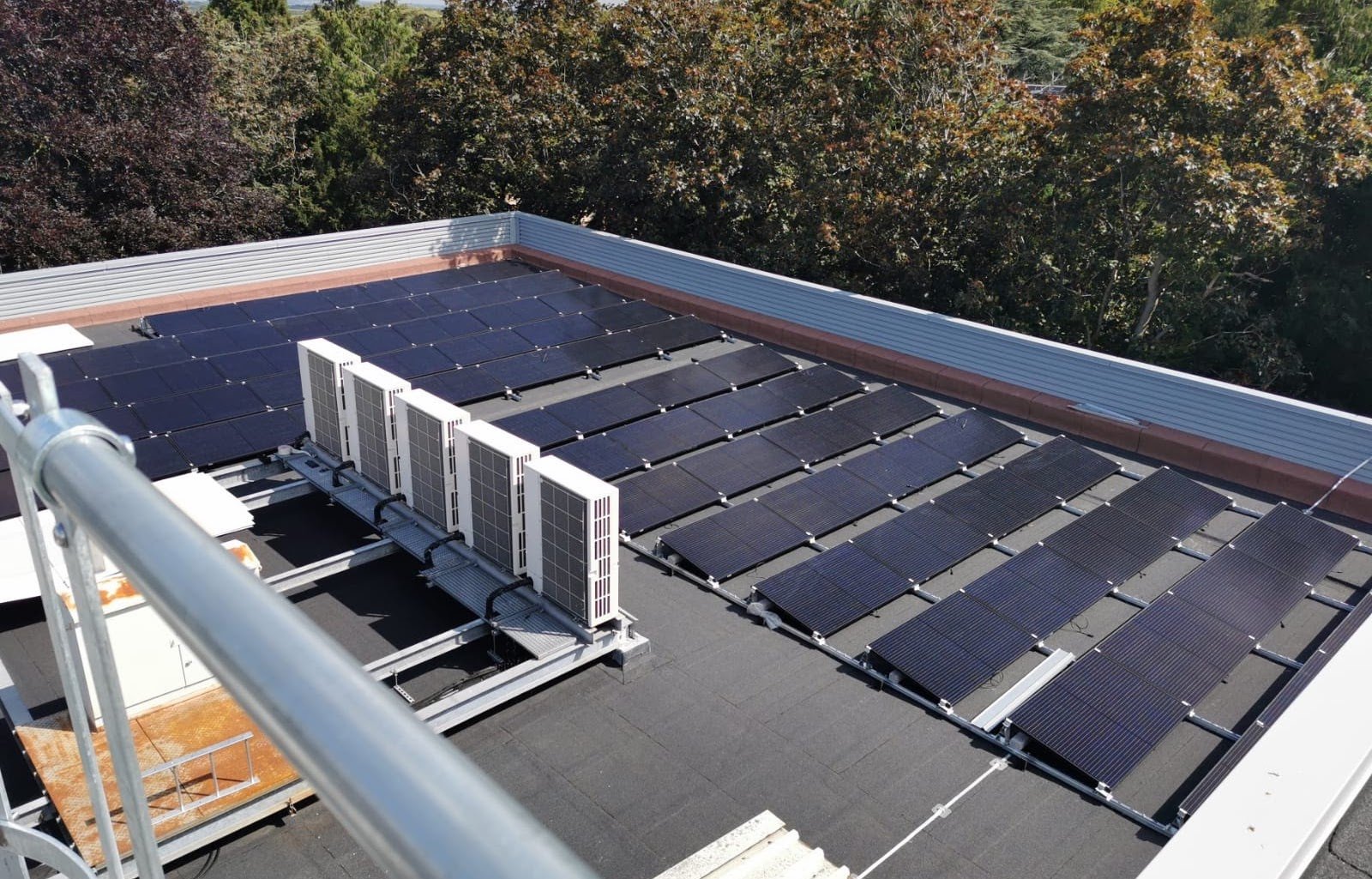 What you can do if your roof isn’t suitable

Realistically, if you can only fit a handful of panels on your roof then it doesn’t make financial sense. There are a few other options available, to help make your energy usage cheaper or more environmentally beneficial.

The first step to save money on your energy bills is by switching supplier. Choosing a green tariff will improve the environmental impact. You could also look into investing in a community energy project, offering shares in a local solar or wind farm.

It’s also worth considering switching to an electric car, some of which are now more affordable than petrol vehicles.