Hydrogen Fuel for Transportation: The Future? 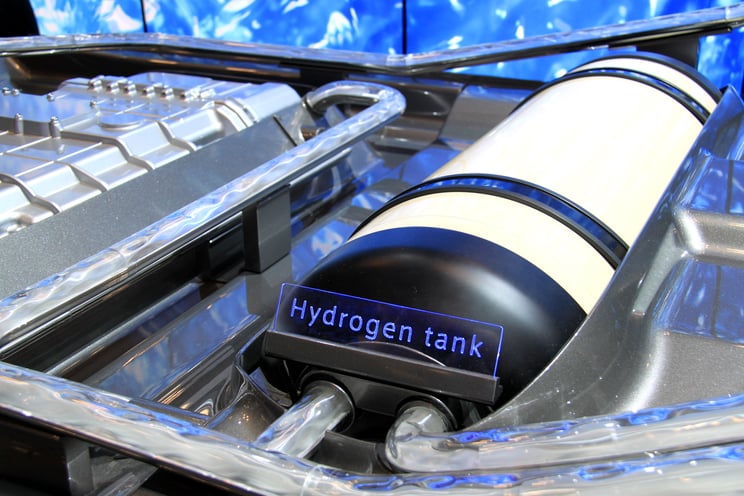 There is an ever increasing demand to decrease greenhouse gas (GHG) emissions as global awareness of climate change continues to grow. In the UK around a third of our total GHG emissions comes from the transport sector. To try and combat this, the government aims to phase out petrol and diesel cars, with sales of new combustion engine models to be banned by 2030 and a desire for almost every van and car to be zero emission by 2050. At the end of 2018, electric vehicles accounted for only 0.5% of the vehicles on the road. A lot therefore needs to be done if the government’s targets are to be reached.

Electric vehicles (EVs) or Ultra Low Emission Vehicles (ULEVs) can typically be broken down into three categories, with the first two being far more popular and commercially viable:

What is an FCEV?

An FCEV stores fuel in a tank similar to a traditional internal combustion engine, but rather than the fuel being petrol or diesel, it is pressurised hydrogen. Electricity is then generated via an electrochemical reaction which drives the electric motors, with the only byproduct of the reaction being water, meaning that they are zero emission vehicles.

The main advantage of a fuel cell over a battery electric vehicle is that a fuel cell can be refilled with hydrogen in a matter of minutes via a fuel pump, similar to filling up a vehicle with petrol. A hydrogen FCEV also has a superior range up to three times greater than a BEV. These two advantages can make a compelling argument for hydrogen fuel cells to play a large role in the future of vehicles in the UK and around the world.

The other advantage that hydrogen fuel has over batteries is its lower specific energy density, with 1kg of stored hydrogen having up to 236 times more energy capacity than 1kg of lithium ion batteries. This becomes more important when longer journeys are required without a significant increase in weight. This advantage may see applications of hydrogen fuel cells venture to the skies, where the power to weight ratio and specific energy density of the fuel or energy source becomes more vital.

Some experts believe that battery electric cars are only a short term solution to a green transport network and that hydrogen fuel cells are a more likely option for a long term solution. However, FCEVs do have a number of limitations which need to be addressed before they can become commercially viable and considered a solution.

How does a FCEV work?

A fuel cell consists of a negative and positive electrode (an anode and a cathode) separated by a proton exchange membrane. Hydrogen or H2 is passed into the fuel cell (at the anode) where it splits into protons and electrons (2H2 → 4H+ + 4e-).

As the name suggests, the proton exchange membrane only allows the protons to pass through it. The electrons are forced to pass through an external circuit, generating a current and therefore electricity. At the cathode the protons, electrons and oxygen (from natural airflow) combine to form water (O2 + 4H+ + 4e- → 2H2O), which is emitted into the atmosphere. 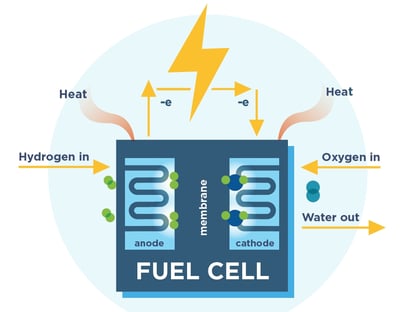 What are the limitations of FCEVs?

Despite hydrogen fuel cells having a number of advantages over battery electric vehicles, they have complications which are preventing them from becoming a commercially viable solution to replacing petrol and diesel cars.

Safety is often one of the first concerns when discussing hydrogen fuel cells due to storing a highly flammable gas under high pressures. However, this isn’t one of the main limitations, as all FCEVs currently available have passed stringent safety measures. The main problems lie in infrastructure, and efficiency losses from production to delivery of electricity.

With battery electric vehicles, the infrastructure is already in place to transport the energy via the national grid. This unfortunately isn’t the case with hydrogen fuel cells and a large investment would need to be made, adding to the cost per kWh of electricity delivered by hydrogen fuel cells. Either centralised production facilities can be constructed where the cost of production is lower but the distribution and transport cost is higher, or distributed production facilities can be built, which will reduce or negate the distribution cost but the production cost will be higher, as hydrogen will be produced in smaller quantities.

During production, grid energy is required to form hydrogen, which is then stored or distributed before it undergoes an electrochemical reaction to deliver electricity. So from production to delivery there are more steps required compared to a battery electric vehicle and each step involves efficiency losses. Many of these efficiency losses are considerably higher than in the equivalent process of a battery electric vehicle, which ultimately equates to hydrogen being less than half as efficient as battery EVs from production to delivery. 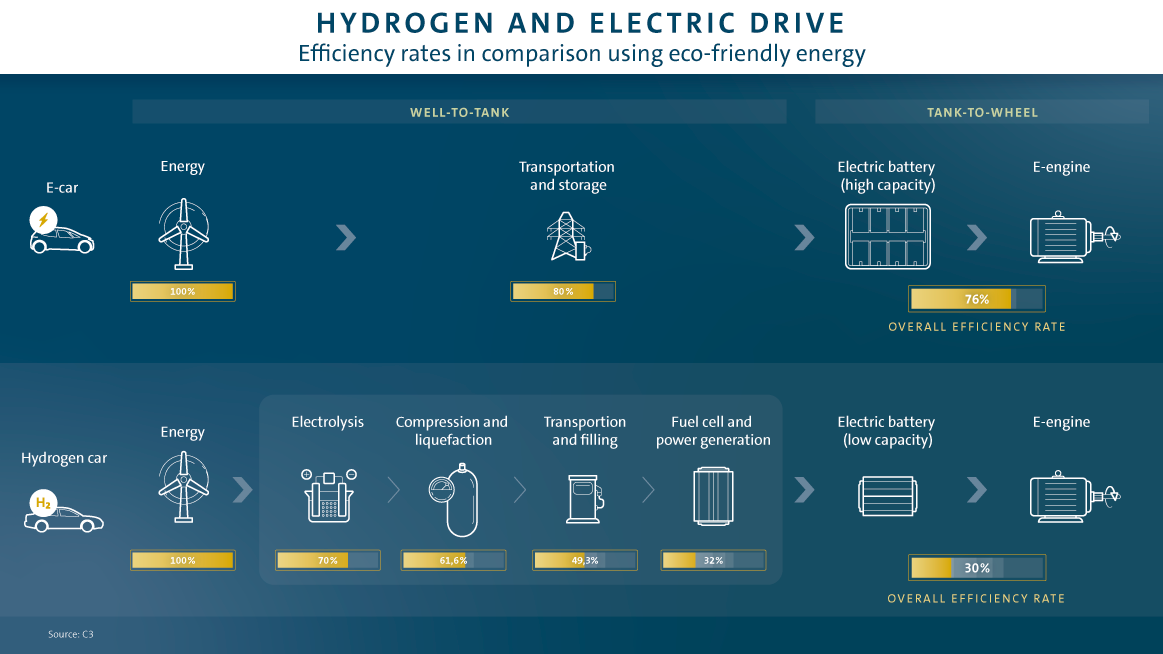 Battery vs fuel cell: the future of transport

While hydrogen fuel cells do have a couple of advantages over battery electric vehicles, the cost, efficiency losses, and lack of infrastructure make them largely impractical. FCEV innovation is a number of years behind BEV, but with some companies putting more investment into R&D of fuel cells, there is a possibility that in time these limitations will be overcome.

That being said, the technology of battery electric vehicles is continuing to improve, with the ranges of the vehicles extending, efficiencies increasing, and the cost decreasing. As more people invest in solar panels, the cost of ‘fuelling’ a battery electric vehicle will drop, as people will be able to charge their vehicle from the energy they generate for free, making them an even more attractive solution to replacing petrol and diesel cars.

It therefore seems reasonable to say that while FCEVs are an impressive technology, it is unlikely that they will displace battery electric vehicles as the front runner in replacing petrol or diesel cars. A possible better application of hydrogen fuel cells is in transportation where the range, specific energy density of the fuel, and weight, become a much larger factor - such as ships, trucks, busses and planes.

If you’d like to learn more about charging electric cars at home, please download our free guide: