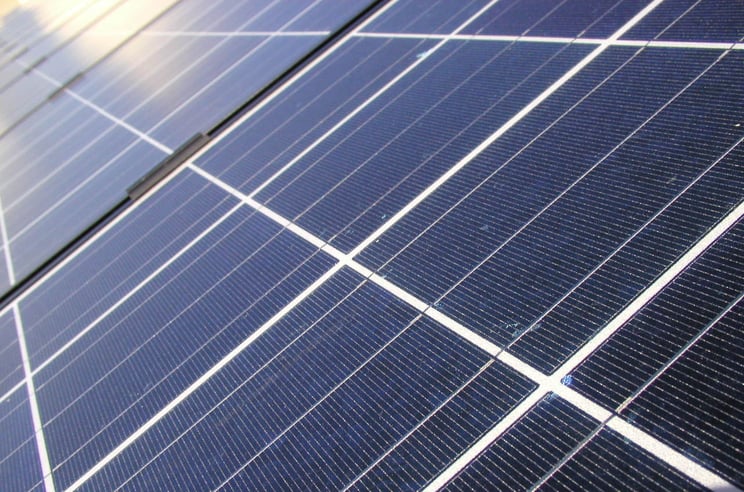 Today we’re going to answer some common questions around sizing solar PV systems, including the conditions that affect ‘clipping’ and achieving the maximum rated output.

I have 4kWp installed - why is my sizing maxing out at 3.68kW when it is really sunny outside?

First off let’s clear up some units:

So a 4kWp solar PV system will generate 4kW in perfect sunny lab conditions, which if left in this perfect state for 1 hour, would theoretically produce exactly 4kWh.

We often get cases where people are wondering why on a nice sunny day, they are not reaching their kWp (the total peak or installed capacity) of their system. The main reason for this is it’s usually the inverter that dictates the maximum output of the system.

Why are some systems ‘clipped’ by a 3.68kW inverter?

For most PV installations in the UK on a single-phase supply, a 3.68kW inverter will be fitted with around 4kWp of solar panels. This average system size is good, because at this inverter size or below you do not need to apply for grid permission with the local DNO, which can cause an 11 week delay and a potential rejection of the system you intend to install.

This means on a perfect day, your south-facing PV panels might want to output 4kW at midday, but the inverter will limit the output to 3.68kW. If you check your monitoring system online, you would see a nice bell curve of production flatline slightly at the top as the generation is ‘clipped’ slightly.

Why would you undersize a system?

But it’s not just a 4kWp system you can limit to 3.68kW, you could limit any size of system to any inverter usually within about 120% of the max inverter rating, depending a lot on the brand of inverter. But why bother?

Generally for a string inverter, it is good practice to slightly undersize the inverter to the panels.

The first reason for this is that a smaller inverter is cheaper than a larger one, which brings down the cost of the installation. It can also save fitting two smaller inverters at a significantly higher cost if you are already using the largest inverter available for the project, or want to keep a PV system operating during a power cut with a battery.

The second is that most inverter AC ratings assume standard test conditions at 25°C, which means the real world output of panels tends to be a bit less than the ‘lab conditions’ output stated on a datasheet. As a PV cell gets hotter in the sun, it will produce less energy, so the panel is less likely to reach its peak value. Note also shading, cloud cover and many other factors could reduce your peak output to avoid the clipping happening.

How often could your output be clipped?

If the system does experience clipping during midday, it is normally not for very long as the sun begins to set in the sky. The trade off on clipping is that although you lose some energy at the top of the bell curve, you will gain a tiny bit in the morning as the smaller inverter activates faster than if a larger one were installed.

Normally string inverters operate at peak efficiency roughly around 70-80% of their peak rating (again, all brands are different), so in the UK you expect a PV system to produce a lot less than its theoretical maximum output due to the many cloudy days we have over the year. This means for the same PV panels, you will see slightly improved generation figures over the year for a smaller inverter despite paying a bit less for it!

If your system needed to have export limitation implemented as part of the DNO approval, you will encounter clipping when for example your panels want to output 8kW, you are only allowed to export 4kW, but you are only using 3kW on site - that 1kW will be ‘clipped’ to ensure you don’t export beyond the agreed limit.

Lastly, if you have an east-west PV system, the peak output of the system will be spread out across the morning and evening in two smaller peaks, rather than hitting a midday peak with a south-facing system, so undersizing is very common for split systems.

We always run a string design before installing to check the estimated clipping value on a system, and if it is too high, we would increase the size of the inverter or make you aware of any predicted clipping on the system if this is not possible.

SolarEdge systems do not usually need undersizing, as the fixed string voltage of operation means there is no efficiency boost. You can still undersize a SolarEdge inverter to around 120% if needed, say to save the cost of installing two separate smaller inverters.

How does efficiency affect output?

So if your 4kWp system was designed with a 4kW inverter, what other efficiency factors can cause you to not reach that max ‘kWp’ value?

Cloud cover, orientation of the panels, pitch, time of year, light levels, heat, inaccurate system monitoring, lack of wind & ventilation, wear & tear, cell degradation and dirt on the panels can all cause changes to your day-to-day PV output.

For more information on designing solar PV systems, give us a call on 0118 951 4490 or download our free guide to residential solar: