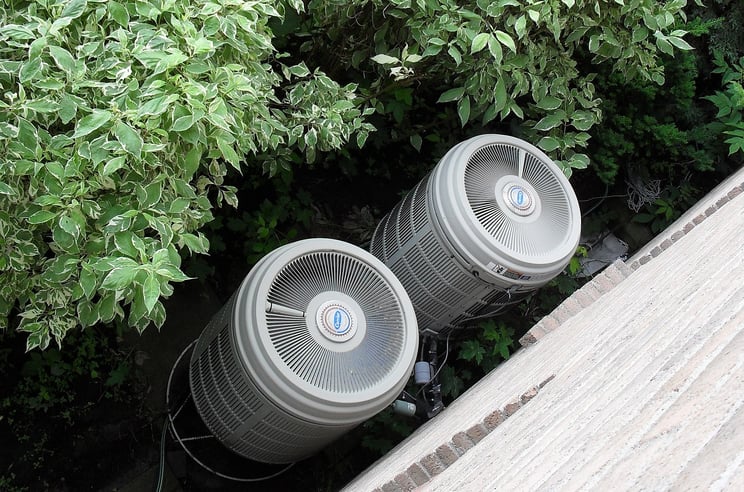 With more and more properties looking at reducing their reliance on fossil fuels, becoming more sustainable, and increasing their grid independence, opting for a heat pump ticks a lot of these boxes. Heat pumps may also see a significant rise in the coming years due to the announcement that it is highly likely gas boilers will be banned in new build properties in the next few years.

Though Spirit does not install heat pumps, we are interested in how they form part of a renewable energy powered home.

What are heat pumps?

There are two main types of heat pumps: air source and ground source. The difference between the two is simply where they initially extract the heat from, i.e. from the ground or air. An air source heat pump is typically cheaper, due to the much reduced installation costs, however a ground source heat pump is more efficient, resulting in higher fuel savings and greater Renewable Heat Incentive (RHI) payments.

A heat pump operates by transferring heat from one location to another, e.g. from the soil in a garden to indoor space heating. A heat pump consumes a small amount of energy relative to its output compared to a boiler. Depending on the Coefficient of Performance (CoP) of the heat pump, they can achieve efficiency rates of 200-600%, as the amount of heat output is significantly greater than their electricity input per unit of energy.

But how does solar generation compare with electricity consumption when a heat pump is added to the equation?

Due to the seasonality of solar it is no secret that the bulk of the energy generation is in the summer months when the levels of irradiance are higher and there are longer daylight hours. The typical load profile of a domestic property follows the opposite pattern, albeit with a less significant difference between the energy requirements of winter and summer. The plot below shows how the typical homeowner’s electricity consumption will marry up with solar generation: 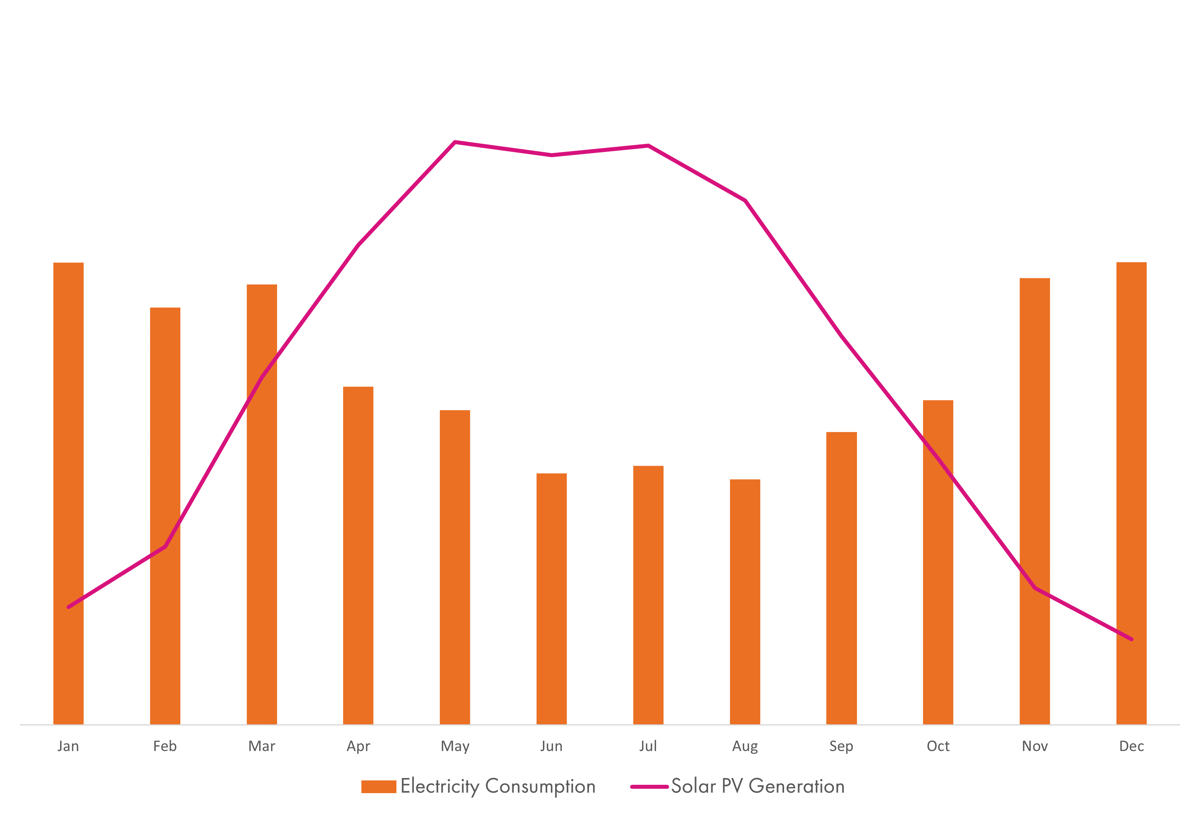 The plot assumes that the total annual solar generation and annual electricity consumption have the same kWh/year value.

With the inclusion of the heat pump, the energy demand of the example property is approximately 1.5 times that of the solar generation.

While the energy consumption of the property has increased with the inclusion of a heat pump, it is still likely that there will be times in a day when the generation exceeds the energy requirements. This is especially apparent in summer. By adding a battery like Tesla Powerwall into the home setup, any excess energy will be stored in the battery for use when the electricity demand exceeds the generation, helping to further increase the property’s grid independence. 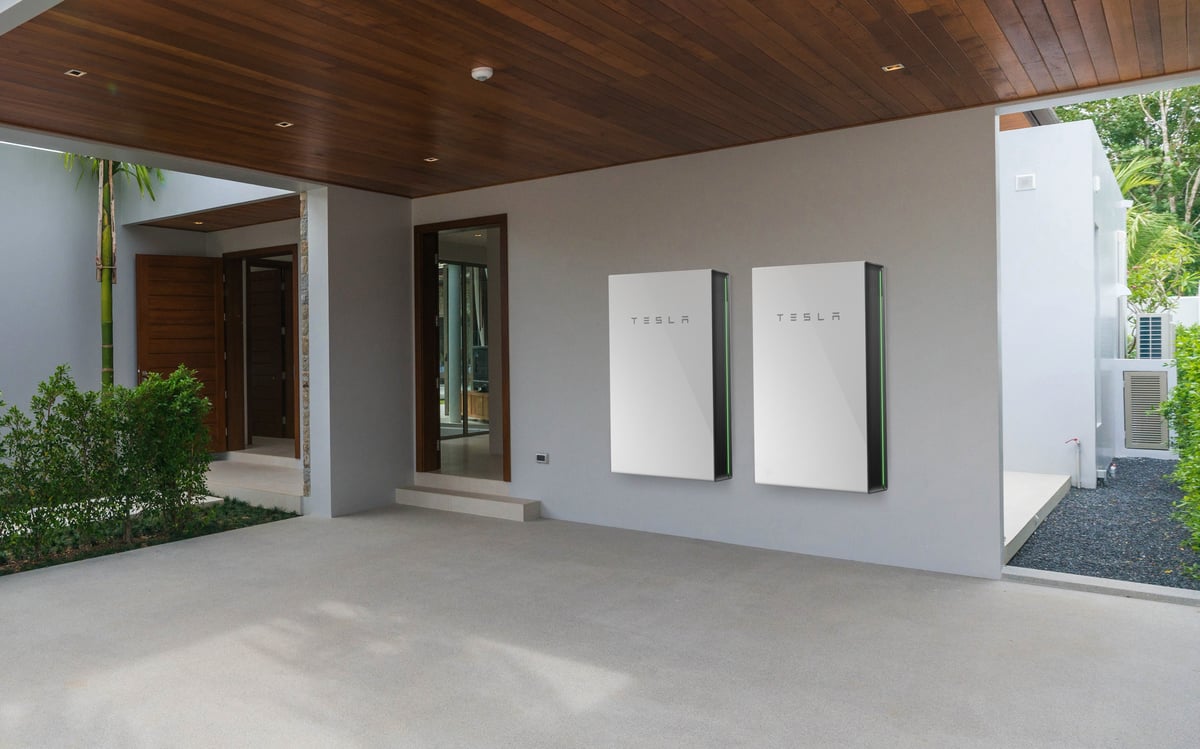 The inclusion of a second battery will help to further maximise the onsite usage of solar with minimal export, except in the height of summer. A large advantage of doubling the storage capacity is that via off-peak charging the property can displace a more significant amount of electricity imported at peak rates. An additional benefit, which might be of importance for homes with a high base load, is that installing a second battery means the continuous charge rate will increase from 5kW to 10kW, meaning the battery can power more of the loads in the property including the heat pump without drawing from the grid.

Octopus has recently announced its Tesla Energy Plan is open to all customers who own Tesla Powerwall and solar PV. The plan has a flat tariff rate of 10-12p/kWh (depending on location), but the big bonus is that the export rate is equal to the import rate. This means that if the annual solar generation is equal to the total electricity demand, the electricity bill will be close to zero across the year, besides the standing charge.

It is unlikely that properties with a heat pump will be able to achieve the same kWh/year figure for generation as demand, unless they have a very large solar array. However generating and storing your own electricity for free via solar PV and Tesla Powerwall, paired with the low fixed tariff rates and high export rates relative to the market, will certainly help to keep the running costs of a heat pump to a minimum.

Contact us today for recommendations on solar PV and battery sizing to be paired with your heat pump.