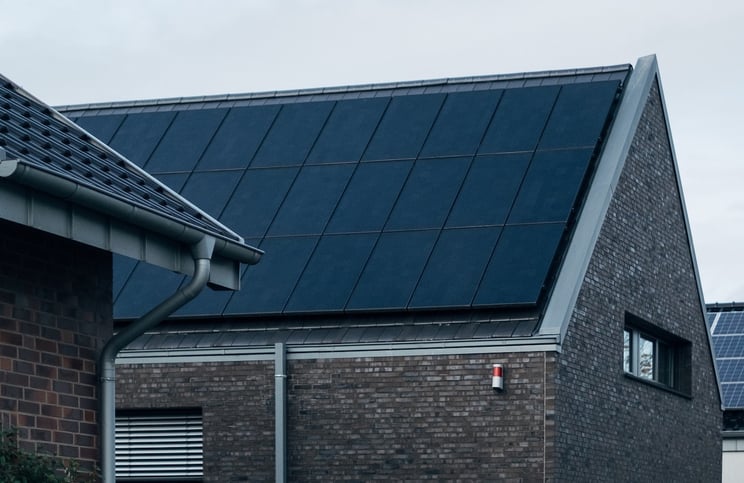 Photovoltaic technology is forever changing, as researchers and developers pursue new ways to maximise performance. In recent years there has been an increasing focus on n-type silicon solar cells, which are doped with phosphorus rather than boron. They have the potential to reduce cell degradation and improve solar generation over the system’s lifetime. As such, n-type cells are being adopted by more manufacturers and may come to dominate the market...

Solar wafers are doped with boron (p-type) or phosphorus (n-type) to create a semiconductor:

Though the first solar cell made in 1954 was n-type, p-type cells became the norm through their use by space agencies, as they are more resistant to degradation from cosmic rays.

N-type cells can be more energy intensive to produce than p-type cells, and require significant changes to the manufacturing process. At the moment, this can make them more expensive, though this would likely change if their adoption becomes more widespread.

What is light induced degradation?

Light induced degradation (LID) is a drop in performance that can occur in the first few hours after solar panels are exposed to the sun. It is common in monocrystalline cells and the output loss could be 1-5%.

LID affects monocrystalline cells, which are made with the Czochralski process. As the silicon feedstock is melted down, it is highly reactive and oxygen is unintentionally incorporated into the crystal. Monocrystalline panels have become increasingly popular in the last few years (now making up 80% of the market), due to their more attractive all-black appearance and higher efficiencies than polycrystalline panels.

P-type cells suffer more from LID, which can be caused by oxygen impurities in monocrystalline p-type silicon cells reacting with the doped boron.

Some of the most efficient solar panels on the market today utilise n-type silicon cells, such as those made by SunPower and LG:

Specs correct at time of publication. IBC = interdigitated back contact (no busbars on the front of the cells). Learn more about half-cut cell technology.

The International Technology Roadmap for Photovoltaic (ITRPV) report predicts that n-type monocrystalline solar cells will rise from 5% market share today to 50% by 2031: 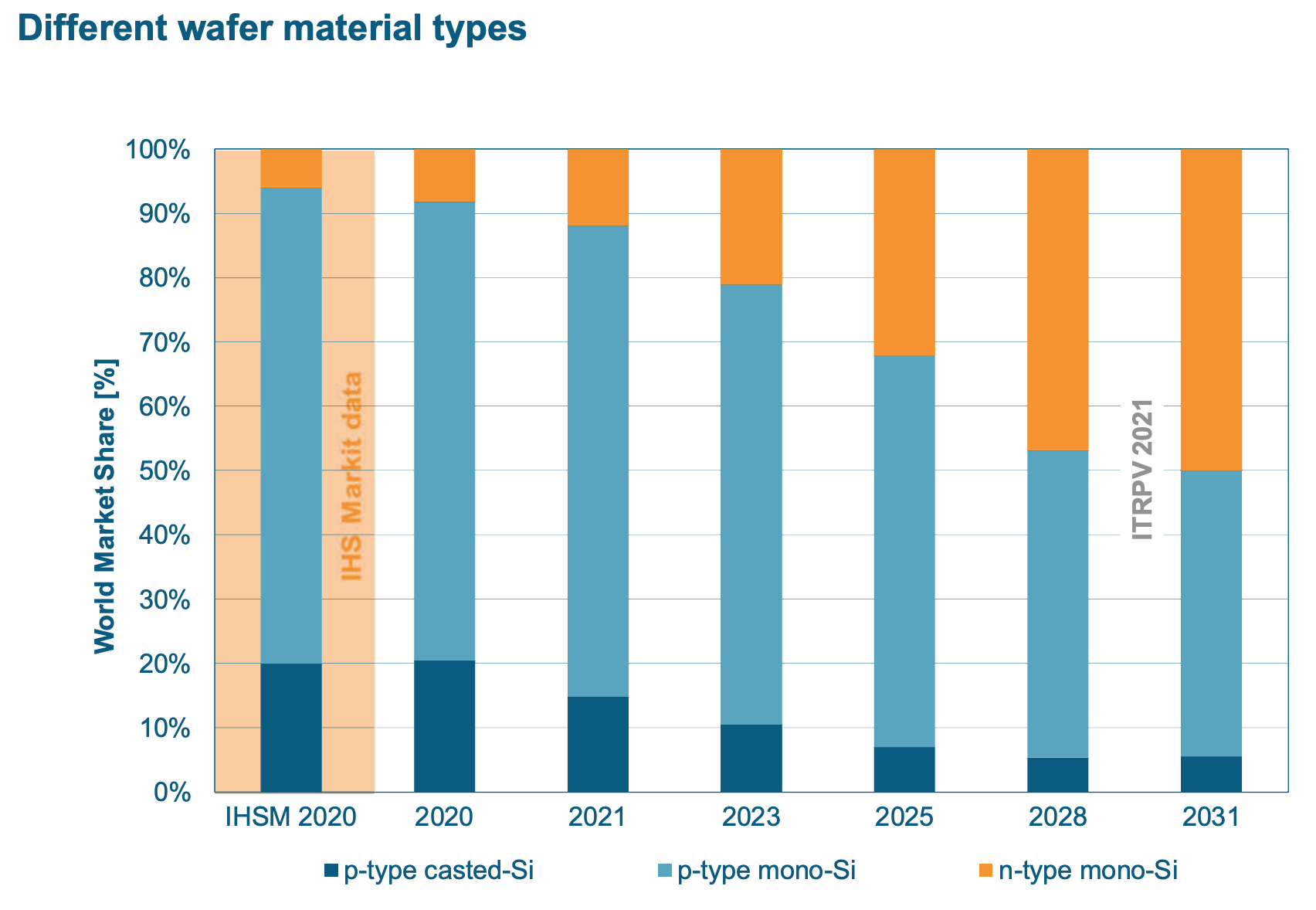 Prices are tumbling, demand for renewable energy is growing and mainstream solar panels are pushing ever closer to their theoretical efficiency. So it makes sense that PV manufacturers are grasping every opportunity for slight improvements in performance. In that respect, it seems believable that n-type cells may come to dominate the marketplace over the next few years.

To keep up with the latest developments in solar technology, make sure you subscribe to our blog and download the current version of our PV guide for contractors: