Working from Home with Solar PV 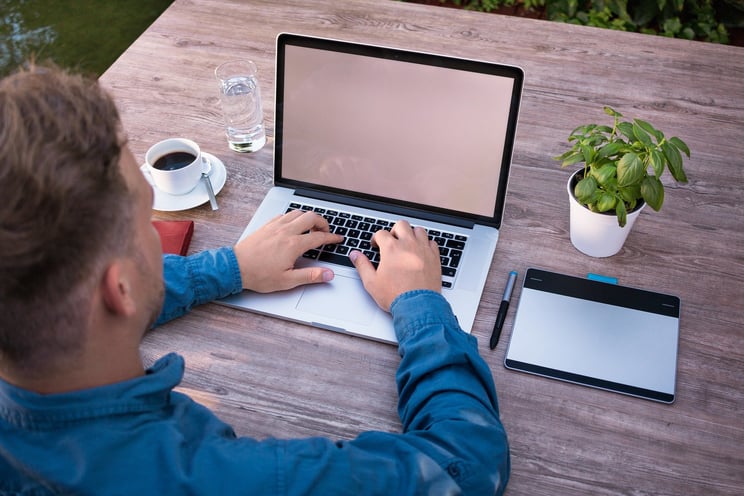 How is COVID-19 impacting our energy demand?

The world is currently going through unprecedented times, with the majority of the population confined to their own homes, practicing social distancing to help curb the spread of COVID-19. This has had a significant impact on our day to day lives, with most working from home, and as a result there has been an increase in daytime energy usage. In a study by Octopus Energy, almost a third of households have noticeably changed their usage patterns, with a daytime electricity usage increase of up to 32%, resulting in an average electricity bill rise of £1.34 - £2.85 per week.

While there has been an increase in domestic energy usage, the national energy demand has decreased due to the number of industries and factories temporarily closing their doors to comply with the government’s regulations. The UK’s total energy requirement is down by about 20%, with the electricity demand on the first day of lockdown (24th March 2020) showing a decrease of about 8% from the monthly average.

As the electricity demand lowers, a larger percentage of the UK’s energy mix will consist of renewable energy, with fossil fuel generation being called upon when needed. While the stringent measures are in place, this is only expected to increase as generation from solar energy will rise, thanks to longer daylight hours and higher levels of solar irradiance.

If the current measures continue into the summer months, and working from home continues while the industrial energy demand remains lower, it is possible that there will be a record low energy demand across the UK. This can largely be attributed to the decrease in energy requirements in summer and the shift in energy patterns, but also homes with solar installed being more self-sufficient and relying less on grid energy.

Despite the lowering demand, energy firms have warned that blackouts could be a possibility due to non-essential work being suspended in preparation of self-isolation and illness causing a depleted number of engineers to be available. Being more self-sufficient and grid independent is therefore starting to have further benefits other than the financial and environmental savings.

How does an increase in residential electricity demand affect solar?

With a large proportion of the population being at home during the day and 30% of people experiencing a significant increase in electricity usage, those homes with solar panels will currently be seeing greater benefits from their installed systems. A study has shown that the average rise in residential electricity demand during daytime ranges anywhere from 13% to 32% for those with a markedly altered consumption pattern.

Using Elexon’s standard load profiles for a domestic unrestricted user with an annual electricity usage of 4,000kWh/year and with a PV system which generates 3,660kWh/year (approximately a 4kWp system), the on site usage of PV generation is expected to be 38%. If the ‘standard’ load profiles are manipulated to represent a 13% and 32% increase in electricity usage during daytime, this would result in the on site usage of generation increasing to 42% and 46% respectively.

As explored in previous blogs, the financial returns of a PV system are greatly improved as the percentage of on site usage of PV generation increases. This is due to PV generation being worth approximately three times more if used directly on site to displace electricity which would normally be imported from the grid, as opposed to exporting it at a rate of around 5p/kWh. 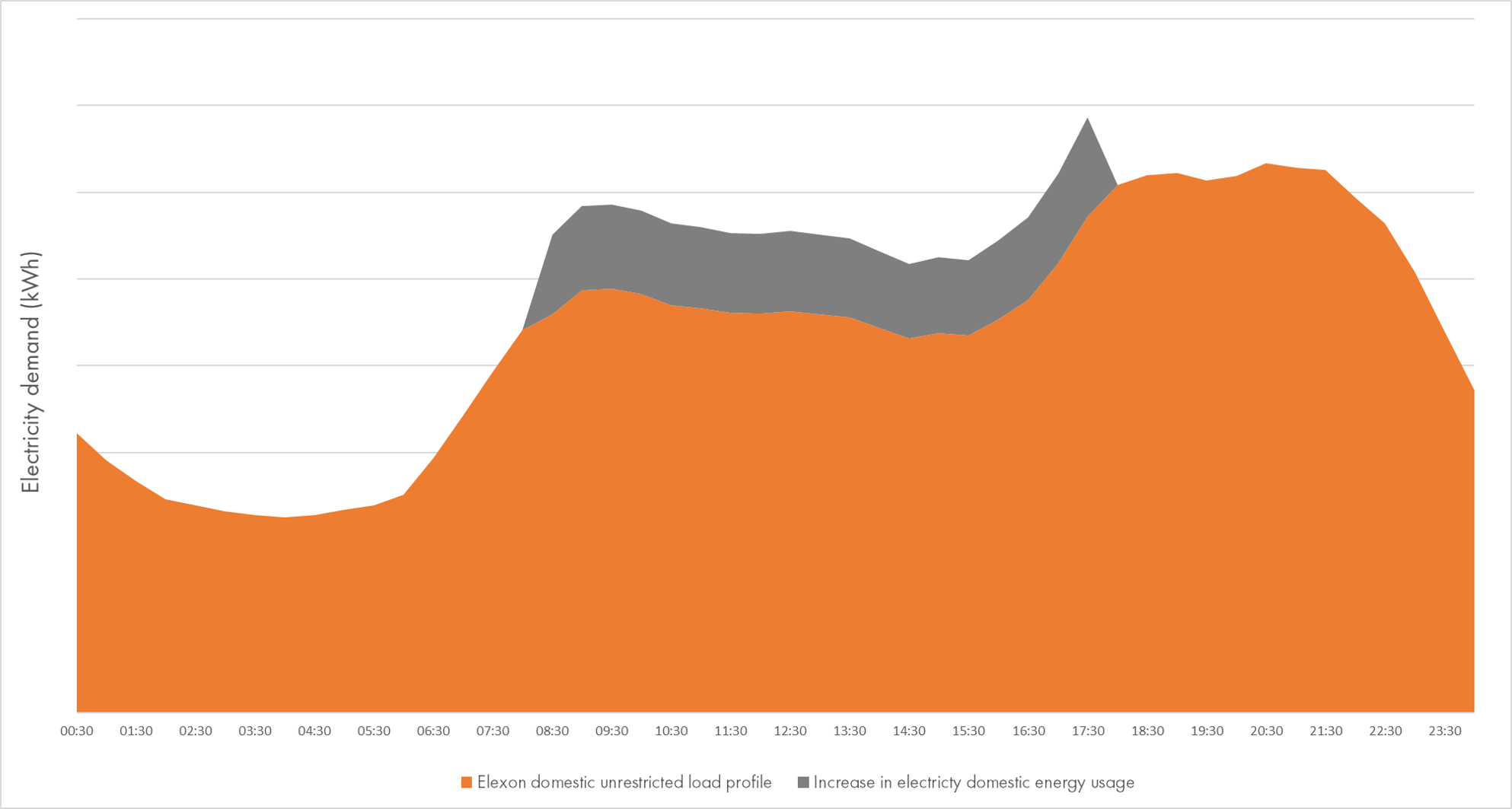 These benefits are only increased further if the solar PV system is paired with a zappi charger, as the majority of people will have the vehicle parked on their driveway during the day, allowing the EV to charge via only excess solar generation using the zappi’s dedicated ECO modes.

Will the new electricity patterns become the new ‘normal’?

It is possible that COVID-19 could see a permanent shift in working patterns and therefore electricity usage patterns. As employees are forced to work remotely from home due to the current circumstances, some companies have found that a significant proportion of work can be conducted away from the office. This could potentially see a rise in the number of people working from home once the country returns to some normality.

The result of this is that while the change in domestic electricity load profiles will likely not stay at current levels, the energy patterns may shift to somewhere between what we are currently experiencing and the ‘pre COVID-19’ energy patterns. If this is the case, homes with solar will experience greater annual benefits and improved self sufficiency, decreasing their reliance on grid energy.