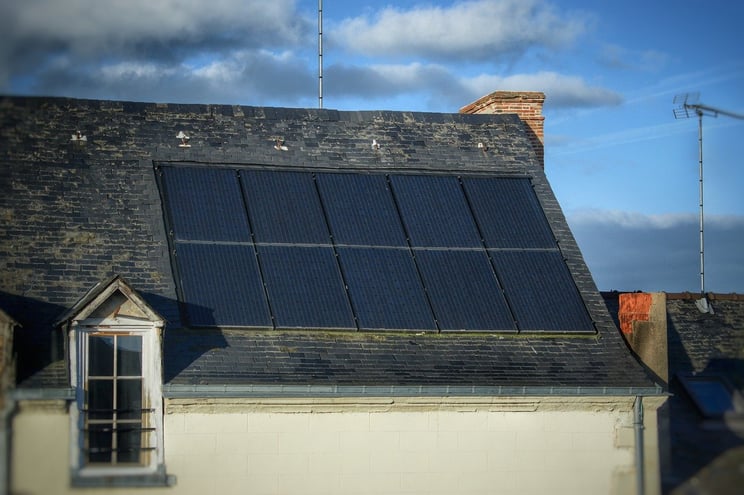 Solar PV panels work by converting sunlight into DC electricity which then undergoes a DC-AC conversion via an inverter (or multiple micro-inverters) to be used in your household. As the energy generation is dependent on the irradiance or amount of sunlight, it is no surprise that shading is the biggest enemy when it comes to solar PV.

Technologies over the years have dramatically improved to mitigate against the effects of shading, but like with any technology the most appropriate system specification needs to be deployed for a given scenario to yield the greatest benefits.

The largest losses due to shading are mainly caused by sharp shadows from close objects. Clouds, while they can cast a shadow over a PV array, only typically have a minor reduction in output caused by the gentle irradiance changes during the day.

Shading on solar panels can be caused by:

A well designed system will minimise panels affected by existing sources of shade. Most forms of dirt on the modules will be washed off by rain, or can be removed by a clean every few years.

The effect of shading on solar panels

There are both primary and secondary effects on the performance of a solar PV system due to shading. The primary or direct effect is caused by reduced irradiance or sunlight reaching the panel, i.e. shade. Unfortunately, there are no clever electronics which can mitigate against the direct impact of shading, however they can help to reduce the secondary effects. The secondary effects of shading can cause an unshaded cell or panel to have a reduced output, if they are connected in series to the shaded cell or panel.

As there is nothing which can be done to reduce the impact of direct shading, other than not installing panels in a shaded area or chopping down the tree which is causing the shading, we shall focus on the technologies and inverter configurations available which may help your system to still perform well and reduce the losses from the secondary effects of shading.

Bypass diodes are a common feature in any crystalline PV module. Solar panels are typically composed of 60 cells, divided into three substrings of 20 cells with each substring protected by a bypass diode connected in parallel. The bypass diode's main function is to protect the cell against the formation of hotspots. However, bypass diodes can also be effective in combating shade by ‘bypassing’ the affected substring of cells, allowing the other modules in the array to perform at full power.

What happens if one solar panel is shaded? The below example shows partial shading on one substring in a panel, activating the bypass diode and allowing the remaining panels in the array to perform well.

The technology in string inverters has significantly developed over the years with the manner in which they handle shade being a major point of improvement. This is largely credited to the advances in maximum power point tracking (MPPT), whereby the inverter will continually ‘search’ for the maximum power point which shifts as the irradiance or light hitting the panel changes.

The maximum power point (Pmp) can be found by multiplying the current (Imp) by the voltage (Vmp). When there is no shading, the inverter ‘knows’ roughly where the maximum power point is and can easily adjust the load to find this point, as the light intensities and temperatures naturally vary throughout the day.

The ‘smarter’ string inverters on the market, however, have highly efficient algorithms which can scan the whole of the power voltage curve to always find the true maximum or global power point. This helps to yield a greater energy production. Two very notable inverter-integrated optimisation softwares are Fronius’ Dynamic Peak Manager and SMA’s ShadeFix.

It is commonly thought that the best methods to mitigate against the effects of shading are to have panel level optimisation or micro-inverters. SolarEdge has been a Spirit favourite for a number of years and has a central inverter unit like traditional string inverters, but also has individual panel optimisers installed underneath each panel. In a SolarEdge system the panel optimisers will perform a DC-DC conversion to find the maximum power point of each module individually, as opposed to the maximum power point of each string. This can help to yield a greater output compared to a string inverter with an activated bypass diode on the shaded substring.

For example, if one panel in a string receives 20% less light than the others and assuming this is all on one substring, this might be sufficient for the bypass diode to activate and reduce the panel’s output to roughly 66%. The maximum or global power point is then found at the string level to optimise the output. However, with a SolarEdge installation the panel optimiser would maximise the performance of the shaded panel, by finding the maximum power point of the panel rather than the string.

An alternative to DC-DC panel optimisation is Enphase micro-inverters. They work in a similar manner, but instead of just doing the panel optimisation they also perform the DC-AC conversion. With the recent collaboration of SunPower and Enphase on their AC modules it is possible that Enphase systems will start to become more popular in the future.

It is very difficult to quantify the benefits of each technology individually without taking a look at the performance as a whole system. The results below are taken from PVSol simulations.

PVSol is an industry standard design tool used to simulate the performance of PV systems, and can be used as a solar panel shading calculator. The product database (featuring over 21,000 PV modules and 5,100 inverters) is regularly updated by the product manufacturers themselves.

Before looking at the performance of string vs optimised inverter systems when in shade, the first round of simulations use a completely unshaded roof to act as the control and gain an understanding of how the performance varies between different inverters in ‘ideal’ conditions. The system details were as follows:

The simulation was then run using multiple inverter configurations.

The results came as somewhat of a surprise that even in ideal conditions the simulation stated that a system with individual panel optimisers or micro-inverters would outperform a string inverter.

After digging through some of the data, a loss exhibited in the string inverter simulation - that wasn’t apparent in the panel optimised systems - was “losses due to mismatch (manufacturer information)”. PVSol applies a 2% power loss due to small deviations of the nominal power of the PV modules for string inverters but with power optimised systems these mismatching losses are not accounted for. PVSol has stated that the default value of 2% is very conservative, but even if this loss was set to zero for the string inverters they would still be marginally outperformed by the SolarEdge and Enphase systems.

The next round of simulations just looks at the performance of the Fronius Primo 3.6-1 vs SolarEdge 3.68, but this time with some shading. A chimney was added to the west of the array and a tree to the south east. The simulation provided the following results.

As expected, in partial shading the SolarEdge inverter outperformed the string inverter, however what is perhaps surprising is that the SolarEdge inverter only provided a small improvement of 1.2% compared to their relative baseline figures in perfect conditions. This could suggest that in shade Fronius’ Dynamic Peak Manager is almost as effective at mitigating against the effects of shade at string level as individual panel optimisers. 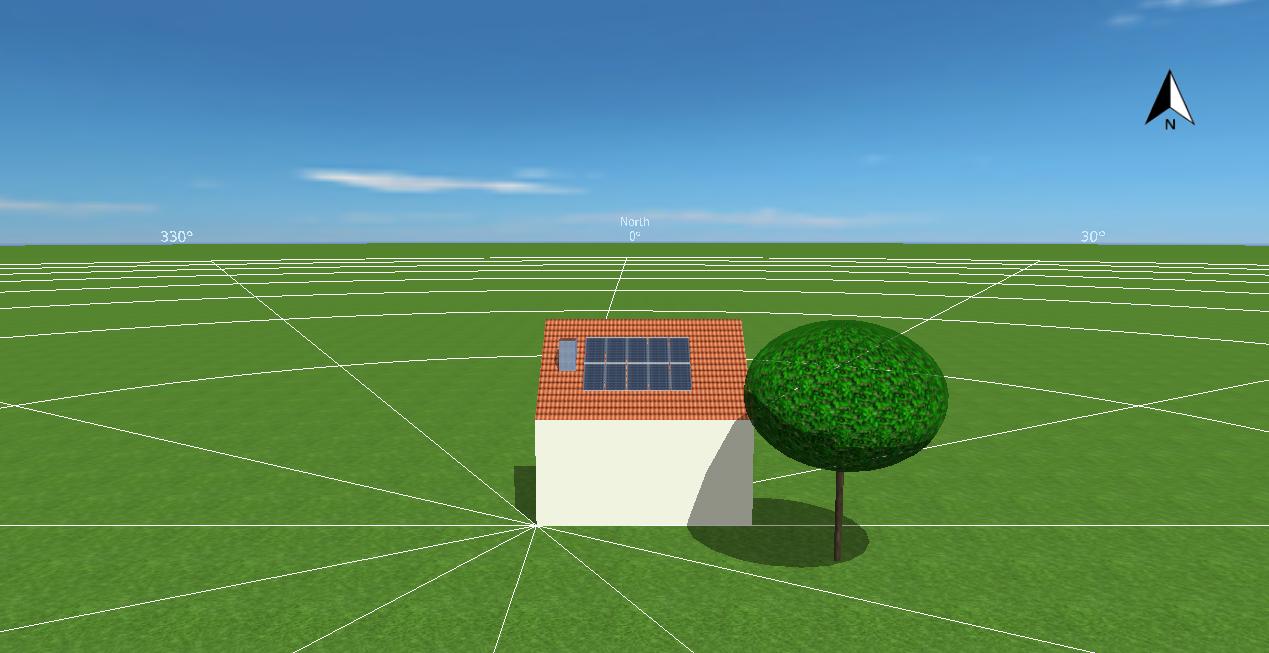 The simulated data suggests that a SolarEdge inverter with individual panel optimisers will outperform any other configuration in both shaded and non-shaded conditions. It is worth noting that there have been real world experiments independently conducted that corroborate the shaded simulation results, but there have also been instances where tests have shown in perfect conditions that the difference in performance is very minimal (and that a string inverter can actually outperform a panel optimised system).

If maximising the output of the system is the key driver then a SolarEdge inverter seems to be the route to go. It should be said though that with their improved algorithms to find the global maximum power point, string inverters are very capable of minimising the effects of shading as well.

However, like with anything there are always other factors which ought to be considered. Due to the increased power electronics and components, a system with panel optimisers or micro-inverters is more costly and increases the number of possible failure points in a system. As the optimisers are located at roof level, they can be very expensive to replace if something does go wrong. However, by having panel level optimisation, in addition to the slight increase in output, the monitoring platforms are more comprehensive and allow panel level monitoring.

It is evident that there are a whole host of different technologies available when designing a solar PV system. If you would like any help in deciding what PV specification is best suited to your needs and your property (shading or no shading) then please give us a call on 0118 951 4490 or drop us an email to info@spiritenergy.co.uk.