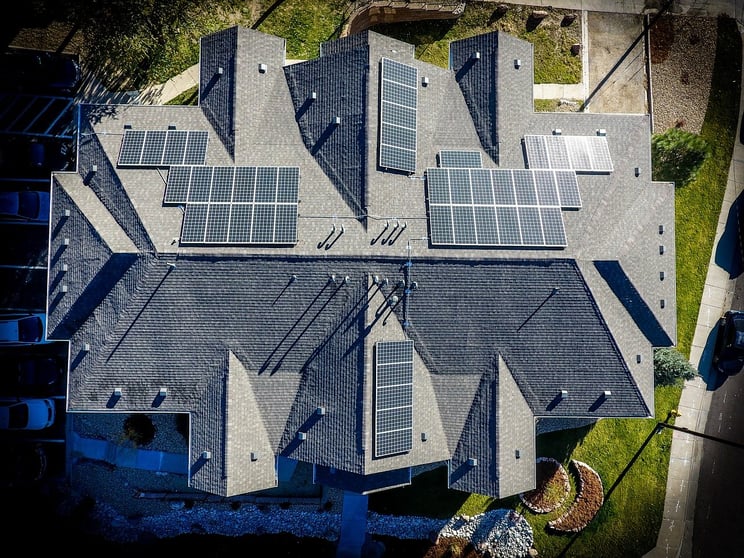 Why does the solar panel output matter?

When installing solar panels there are many things to deliberate over, whether that be the price or aesthetics, but probably the most important metric to consider is the output. More often than not the price you pay for an installation will be relative to the power output of the system. The rated power output or wattage of a panel represents the theoretical power output under ideal conditions and is a strong indication of the amount of electricity a panel will generate. However, there are factors other than the panel’s wattage to consider when determining its output or energy generation.

What affects the output of a solar panel?

The amount of electricity generated by a solar PV system is generally governed by its rated power, but it is also dependent on three important factors: panel size, efficiency, and amount of sunlight. These factors can also be broken down further into sub parameters to really understand what affects the output.

The size of the panel is often simply a trade-off between available roof space and power output. Some panels have a high rated power output due to their large dimensions rather than impressive efficiency or cutting edge technology. For example if two panels are both 18% efficient but one panel is rated at 250W and the other is rated at 300W, it means that the 300W panel is physically larger by 20%.

As a general rule of thumb a larger panel will typically have an increased output. Standard panel dimensions are approximately 1,650 mm (h) x 991 mm (w) x 40 mm (d); however larger oversized panels can have heights of 2,000 mm or widths over 1,000 mm. Three panels along with their dimensions are shown in the table below.

The two JA 335W panels have the same rated power output but the polycrystalline panel is physically larger by approximately 18% and its efficiency drops by 3%. They both have a higher rated output than the JA 280W panel, but the JA 335W polycrystalline and JA 280W panels have very similar efficiencies. For a domestic property, as available roof space is often a limiting factor, installing a higher efficiency panel with standard size dimensions usually offers up the best solution for a high output.

The rated power output of a panel is measured at 25°C. Depending on the temperature sensitivity of a panel the output can drop by around 0.4% per 1°C temperature increase above 25°C and for temperatures below 25°C the efficiency will increase by 0.4% per 1°C decrease. This means that panels are most efficient when cold and least efficient when hot. However, in most climates over the course of the year the efficiency should balance out so that the effects of temperature sensitivity are negligible.

It goes without saying that unless there is sunlight solar panels can’t generate electricity, so the amount of sunlight or irradiance has a direct impact on the output. The irradiance incident on a panel is dependent on the panel’s tilt angle, orientation, daylight hours, and shading. In the UK for optimum output, the panel should be tilted at around 35°, orientated due South (180°), have no shading, and experience long daylight hours. Most of these parameters we can optimise, but unfortunately the number of hours the sun is shining is out of our control.

How much energy does a solar panel generate?

The most basic calculation that can be done to give an estimate of the amount of electricity generated is simply to multiply the daylight hours by the rated power.

However, as discussed above it is not as simple as this and the factors which affect the irradiance incident on the panels need to be considered to give an accurate estimate. The table below shows the expected annual output for a 4kWp system in London, UK, using the optimum arrangement and by varying one factor in each case.

Shading can have a pretty adverse effect on the system output, as it decreases the solar irradiance incident on the panel. Even if only part of the array is shaded it can have a large impact on the whole array, as all the panels in the same string will perform at the level of the worst performing panel. This can be imagined by comparing a string of panels to a water pipe. The flow rate of water is constant much like the current through a string is constant for a given level of irradiance. However, if a clog is introduced into the pipe, the flow of water through the whole pipe will be restricted. Similarly if there is shading on one panel, the current through the whole string will be reduced.

Many panels will have bypass diodes built in to try and mitigate shading within a panel and therefore across a string, but if shading is likely to be a problem then using a SolarEdge inverter is a more effective measure. A SolarEdge system optimises the performance of each panel individually, rather than across a string. This means that if one panel in an array is shaded it won’t affect the whole array, helping to maintain a high output.

The panel tilt angle and orientation are slightly harder to optimise as they are largely governed by the pitch and orientation of the roof. Where possible a PV system will be mounted on a south-facing roof to maximise generation; however, if this isn’t possible east and west roof faces still give a high output. It is only north-facing roofs which need to be avoided. Most domestic roofs are pitched between 30 and 40 degrees, which is the optimum panel tilt angle in the UK. As panels are mounted flat (or parallel) to the roof, the majority of systems should benefit from the optimum tilt angle for a high annual output.

If a large output is the only consideration when installing a solar PV system then it is simply a matter of maximising the available space with high efficiency panels and ensuring that the irradiance incident on the panels is optimised. Of course there are many other factors which need to be considered, but a good starting place in choosing a solar PV system is often the power output.

Contact us today to see how much you could generate from your roof: