What is Peak Power in Solar Panels? 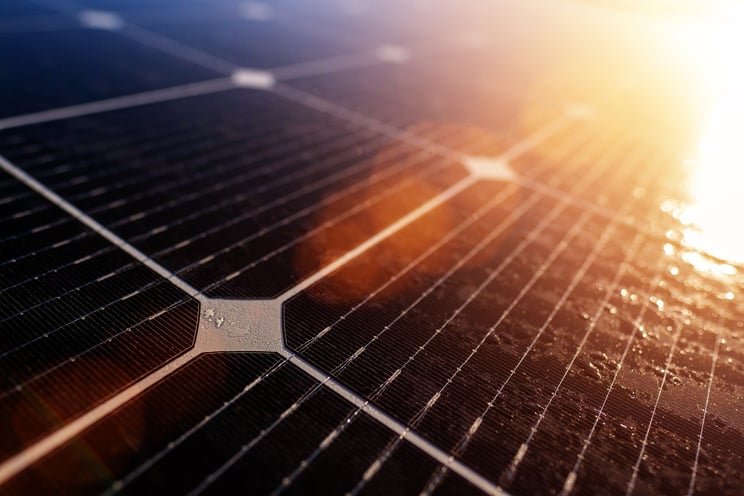 A perennial source of confusion when researching solar PV is peak performance. We regularly classify solar systems by their peak, their kWp. But does a system ever reach its peak? In very hot weather over the summer, system owners often observe a drop in performance - so is the peak power in solar panels even significant?

What is solar kWp?

It represents the theoretical peak output of the system, used as a measure for comparison.

When solar panels are manufactured they undergo a set of measurements and tests to define, amongst other things, the power output of the panel. This happens under Standard Test Conditions (STC) - an ambient temperature of 25°C, 1000 W/m2 irradiance and 1.5 AM spectral distribution. Each new panel undergoes a flash test under STC to determine its power output so those within a certain range can be grouped and sold under the correct rating.

The test conditions correspond to sunlight at an angle of 41.81° above the horizon hitting a panel tilted at 37° on a clear day. Why were these chosen? They represent solar noon in the spring and autumn equinoxes in the continental United States. In the real world, your panels are unlikely to encounter these exact conditions.

How does this relate to kW and kWh?

It is a unit of energy, representing the power output (kW) of a solar system over one hour of time.

In perfect test conditions, a 4kWp solar system would have an output of 4kW. After one hour, it would have generated 4kWh of solar energy.

The kW output is purely a measure of instantaneous system production. While interesting to observe, it has no bearing on MCS standards, warranties or guarantees.

In the real world, the output of each solar panel varies constantly.

Every passing cloud, gust of wind, spot of rain and shift in temperature affects solar production. That’s before you even take into account geographical location, seasonality, panel tilt and orientation, power optimisers, ventilation or clipping from the inverter size.

For example, let’s look at temperature. Heat causes electrical resistance to the flow of electrons in the solar panel. On days when the temperature is high, the electrical resistance makes the voltage fall, producing fewer kilowatts per hour. Note that it’s usually hotter on the roof than at ground level, and even hotter on the dark surface of a solar cell. So at the height of summer, output can be up to 35% less than under STC and is not a cause for concern.

If panels do reach their peak output, it’s likely to be in March-May on a bright but cool day.

Good ventilation lessens the impact of higher ambient temperatures on the solar panels. A bright, breezy day will bring the highest output.

In roof panels, of course, have less ventilation than on roof systems. Their output can be around 10% lower. But it’s worth weighing this up against the benefits - neater finish, inbuilt pigeon protection and savings on roofing costs.

Given that peak performance is so wrapped up in specific lab conditions, it’s not worth worrying about on a practical level.

The most important thing when sizing a system is the expected annual kWh energy generation. After all, the amount of energy produced is the reason for getting solar PV in the first place. Focusing on generation across the whole year is worthwhile, as output varies with daylight hours and temperatures throughout the changing seasons.

If you’d like to determine the best sized solar PV system for your project, give us a call on 0118 951 4490 or try out our solar calculator: