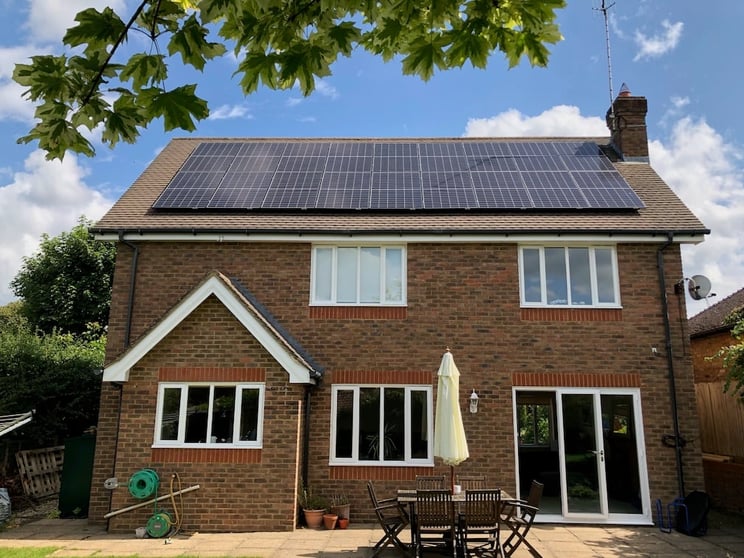 The world of solar cell development is a mass of competing technologies: an alphabet soup of acronyms and jargon. If you need to know your n-type HJT from your PERC P-N junction, this is the blog for you.

Heterojunction solar cells are one of the technologies touted to maximise potential PV panel efficiency. They are a combination of classic crystalline silicon and amorphous/thin film cells, theoretically providing the best of both worlds.

What is a heterojunction solar cell?

The thin film absorbs extra photons that the crystalline doesn’t, which increases efficiency (at a potentially lower cost than other technologies like PERC). HJT cells also have a lower temperature coefficient due to the thin film: -0.23%/°C, compared to -0.35%/°C for standard homojunction panels. This means they don’t lose as much power when the panels heat up in the sun, making them well suited for hotter climates.

Using PVSol modelling, on a typical August day at 12pm, when the ambient temperature is 26.17°C, the impact on output is as follows:

As you can see, the panels with HJT lose less power when the temperature is higher, but the difference isn’t that great in the UK. If you were putting panels in desert environments where ambient temperatures regularly push 40°C then HJT would make much more of an impact.

Heterojunction bifacial panels (which absorb light from both sides) can capture even more from the sunlight reflected off the ground. The Japanese company Kaneka has developed bifacial HJT cells with a whopping 26.63% efficiency.

HJT cells can be n-type or p-type (doped with phosphorus or boron). Here is a diagram of the layers in an n-type HJT cell:

HJT can be manufactured at lower temperatures (under 300°C), saving energy and reducing emissions. It also makes it easier to use sensitive materials such as perovskites in the cells.

HJT was developed by SANYO (which became Panasonic) in the 1990s. Panasonic is known for its HIT (heterojunction with intrinsic thin-layer) panels, but since the patent on this technology expired in 2010, more manufacturers such as REC have incorporated it into their products.

The International technology Roadmap for Photovoltaic (ITRPV) recently predicted that the market share for HJT would grow to 10% by 2025 and 18% by 2031: 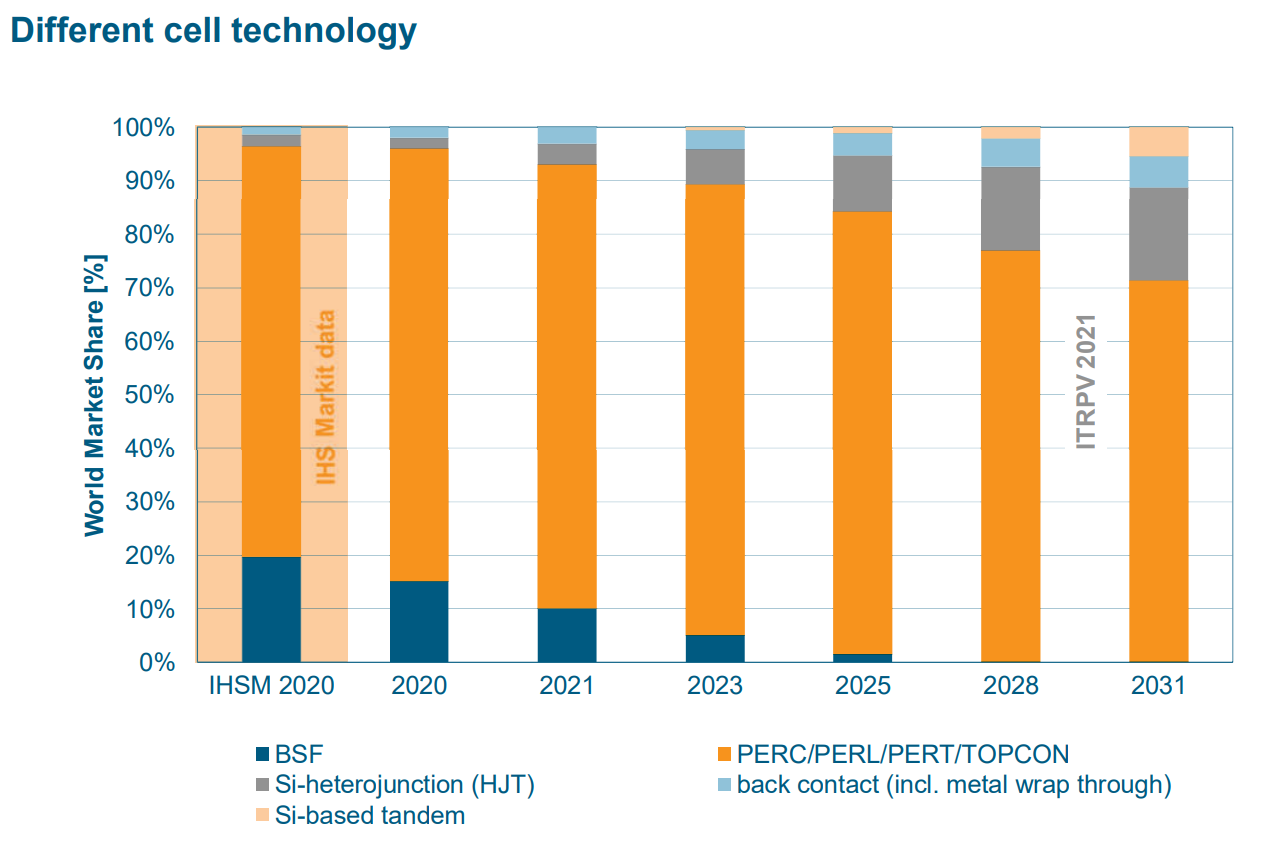 Whether HJT becomes more than a niche part of the market will be interesting to see. But previous innovations in PV efficiency, such as half cut and PERC cells, have quickly gone mainstream once the big manufacturers adopted them.

To keep up to date with the latest developments in solar technology, make sure you subscribe to our blog newsletter: