Are Solar Batteries Worth It in 2021? 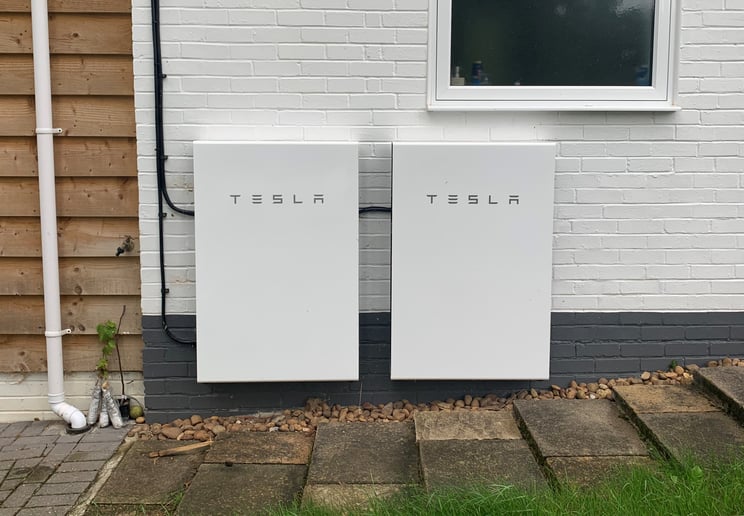 Good Energy estimates that the UK will need 23-55 GWh of domestic storage to reach net zero, which is equivalent to 1.5-4 million Tesla Powerwall sized batteries in people’s houses. Why? Because battery storage in homes is vital to help people use more renewable energy, reduce the evening peak demand and avoid costly transmission upgrades to the national grid.

Storage technology has come a long way in the last few years and is becoming ever more affordable. For many people with or considering solar PV, they can be a good addition. So the question we’re asking today is: are solar batteries worth it?

Below we’ve modelled the usage for a typical homeowner with solar PV, showing how much solar power is used on site vs exported, and how much power is imported from the grid. The purple line shows the total usage, made up from solar and grid import:

Electricity demand drops a little in spring and summer, when solar generation is highest, which is why a lot is exported during these months.

We’ve then added a battery to this system to see how that impacts solar usage:

In this model, the power from the battery includes stored solar and off-peak charging from the grid. As you can see, a battery dramatically reduces power imported from the grid at peak rates and cuts the solar exported to the grid across the whole year.

The graphs above are modelled on a system size for a typical Spirit client, with a usage of around 6,000kWh per year. The PV system chosen is 6.4kWp and the battery is Tesla Powerwall, with a capacity of 13.5kWh. Based on these modeling assumptions, we would expect the payback period to be about 12 years.

If you have a smaller roof space or electricity demand, we can also specify other modular batteries, such as those made by GivEnergy.

Another point worth bearing in mind is that we would expect most households’ electricity demand to increase in the coming years with the electrification of heat and transport. A heat pump could add about 4,000kWh per year (though gas demand would fall) and an EV could add about 2,800kWh per year.

More of our customers are choosing to invest in battery storage alongside their solar systems, for these key reasons:

The best battery option will depend on the individual system, but the go-to battery for most of our clients is Tesla’s Powerwall 2.

Powerwall is a 13.5kWh AC-coupled battery, designed to Tesla’s characteristic high specs. It is optimised for solar consumption, dynamic tariff syncing, and includes power cut protection as standard. Plus, it looks good enough to be a feature in the home or on an outside wall (as it’s waterproof).

Another good option for some customers is a GivEnergy battery. These are lower cost, modular batteries that work well in situations where a small storage capacity is preferable. GivEnergy also makes DC-coupled batteries, which are more efficient when installed alongside new PV systems.

Are solar panels and batteries worth it?

Solar panels are definitely worth it. Every year we conduct a full financial comparison, and domestic solar power currently works out at an average 10p/kWh lifetime cost. The equivalent expected average grid cost over the system’s 25 year lifespan is 36p/kWh.

Batteries don’t offer such a clear cost comparison, but give you the benefits of using more solar at home, insulating yourself against grid costs and power cut protection. Whether you want to invest in a battery alongside solar PV is a personal choice, but it’s worth making sure it is sized correctly for your PV system and usage requirements.

For a personal quote or modelling based on your circumstances, give us a call on 0118 951 4490 or email info@spiritenergy.co.uk. To learn more about home battery storage, download our free guide: