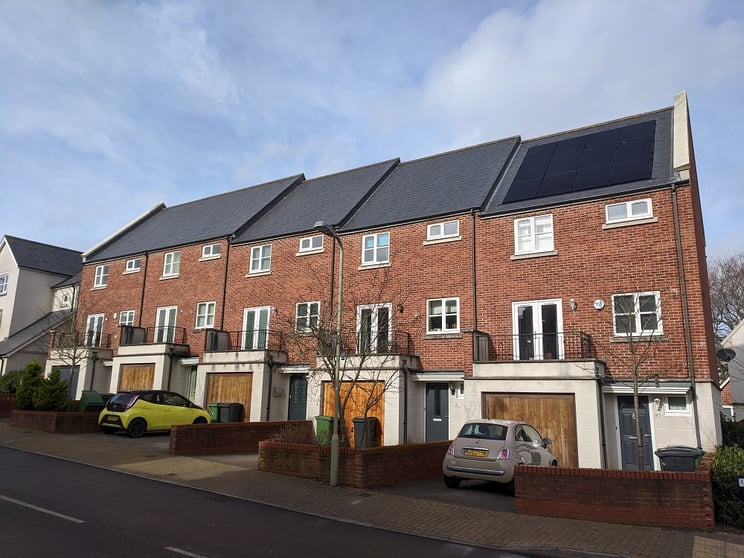 Today we’re going to take a look at a real world example of an average 4kWp domestic PV system we have installed to understand what affects solar panel output, including factors such as weather, season, angle and orientation.

We’re going to put the batteries, EV chargepoints and hot water units to one side and consider a house with only solar panels fitted. The problem with this setup is that unless the energy is used as it’s generated, it will be exported. This means to get your best payback, you should switch on the dishwasher while it’s sunny, rather than at night.

To get the best annual output, your system would ideally face south at around 35 degrees. The height of the sun in the sky moves quite a lot over the year, so getting the best possible output will not be attainable without a very expensive and complex trackable mounting system. Generally it will always be a compromise on the roof space, orientation and pitch available to you.

Let’s assume you have a near perfect south facing roof, with a 4kWp system (around 12 panels). A glorious sunny day would produce the following production curve, compared to a patchy or overcast day:

So the overall output of the system will be reduced when the panels are not in direct sunlight. An overcast day will produce around 10% of what a nice sunny day would produce over the equivalent time period.

We can then look at the day to day production summarised in a month for a sample system:

This gives us an overview of the best and worst generation days in each month.

Then we can see the entire year, understanding when the best and worst generation months are:

Spring and summer are clearly best, with autumn doing better than winter (which is about 10% of the output of summer).

What does this mean? Well in spring and summer, you generally produce a lot of energy during a good portion of the day, so your consumption from the grid and hence electric bills will decrease, while your bills will start to creep up again in winter. Around 70% of the total output over the year will be in spring and summer, so this is when the bulk of the benefit will be noticed.

Yes, if it’s a nice sunny day in winter, you will still generate energy, but the shorter days and a lower sun means the total number of kWh produced (which is all that really matters) will be reduced over the season.

Why are spring and summer best? Solar panels work better in colder temperatures, so those clear crisp sunny spring days are when you will get the highest output from your system. Summer will provide longer days where the sun is higher in the sky and out for more time, which also gives an improved output.

What about other orientations and pitches?

This is the annual PV output for various orientations and tilts in London (Zone 1, values as a percentage of the maximum):

North facing roofs are not really worth fitting on, as they will output roughly 50% less, with most of the generation focused from May - July, when the sun is high enough to shine on the roof.

A completely flat system will output approximately 15% less than south, while a vertical wall will be roughly 30% less over the year. So interestingly, pitch can have more of an impact than orientation.

How to improve output

As I mentioned earlier, unless you are building a new house, a PV system will always be a compromise on the roof space you currently have.

There are, however, a few options to mitigate some issues and improve your output:

Get in touch today for an estimate based on your property.